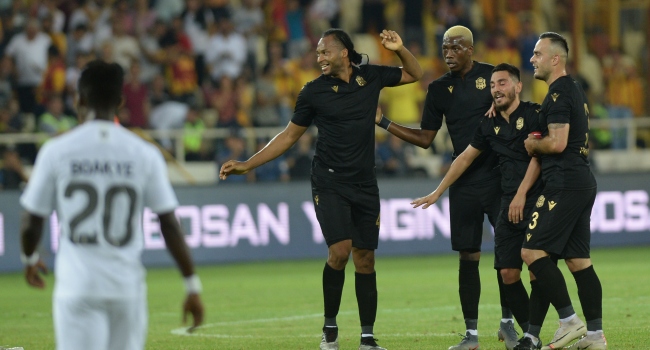 The first half ended 0-0. 38 minutes into the game, Olympia Ljubljana's Andrew Hammer was sent off the field with a red card.

IMPORTANT SECTIONS OF THE FIRST TESTAMENT

The first half of the second qualifying round of the UEFA Champions League second leg match between Jeni Malataspor and Slovenian Olympia Ljubljana ended 0-0.

37 minutes were showing on the scoreboard when Çekiçi received his second yellow card and was sent off.

The first half of the fight ended with aimless draw.

A new Malatyaspor 3 qualifying round to bring back all kinds of revenge wins, as well as a 2-2 draw will be enough. If the match ends 2-2 the draw will be extended If the result does not change further, the round will determine the series of penalties. The representative of Slovenia will be round in case of victory, goal or draw 1-1.

If the new Malatyaspor crosses the round, the winner of the Connah & # 39; s Quay (Wales) -Partizan (Serbia) match will face the third qualifying round.