The EUR 10 million export was carried out by R & D 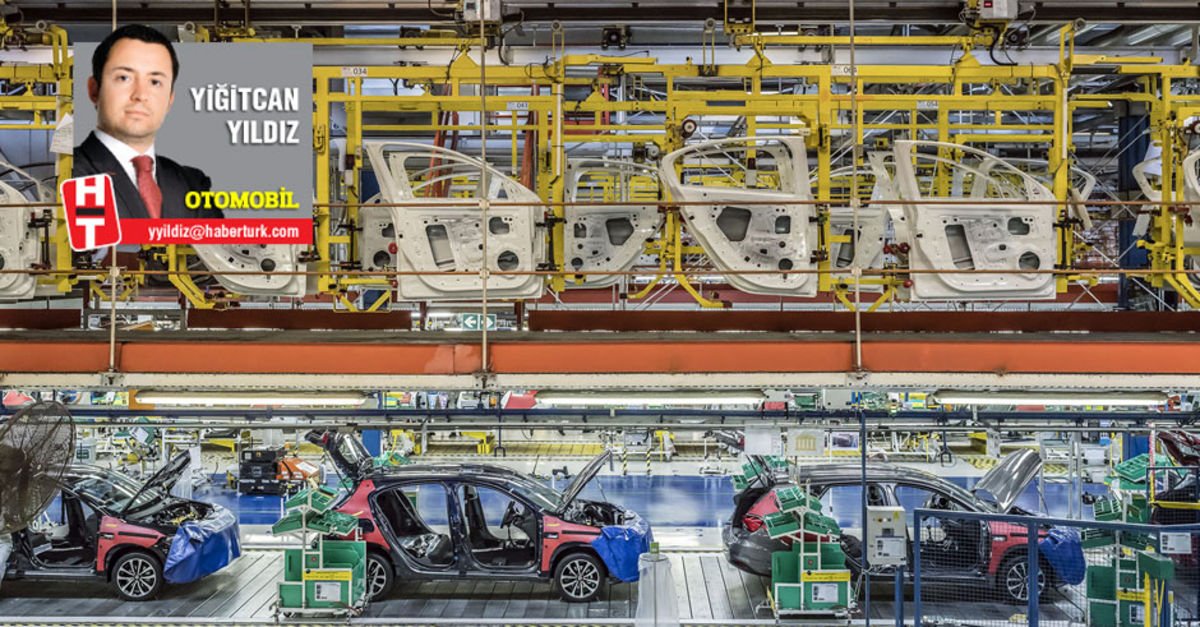 25 years ago, Tofaş's R & D Center, set up to provide support for problem-solving and commissioning of production models, today has responsibilities such as developing new products for global markets, updating existing products and developing technologies in certain areas. 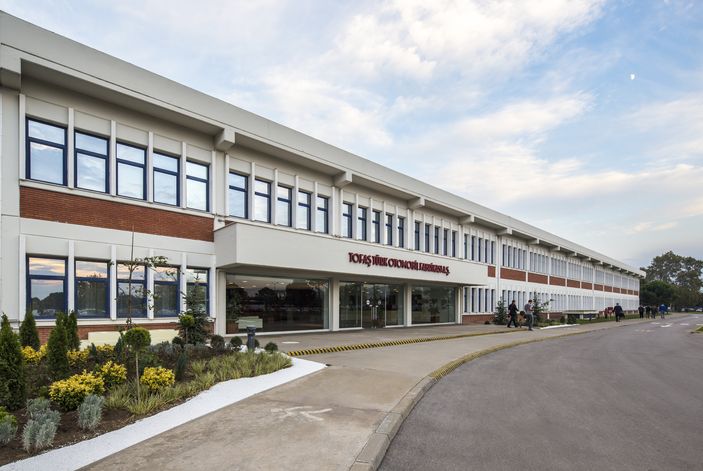 The facility, with a 45 million euro infrastructure, employs 700 people, of which 550 are engineers. We are in the Tofaş factory in Bursa to look at the projects developed in the center and to witness development processes.

The CEO of Tufaş Cengiz Eroldu, who met at the factory, explained that the key role of R & D has emerged in the area of ​​sustainability in global competition. Eroldu said they have allocated 3% of their annual R & D turnover and increased their R & D capabilities by investing 10m euros in 2018. 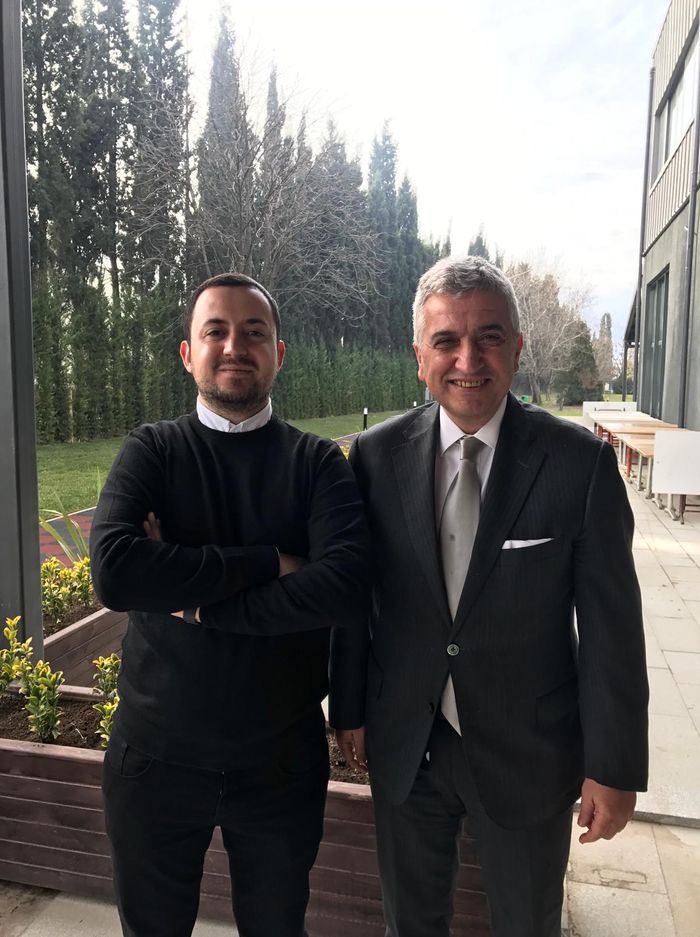 Eroldu stressed that they have now exported R & D. Tofaş's R & D engineers are involved in the development of Fiat Chrysler Automobiles abroad products. In that context, in 2018, we spent EUR 10 million on R & D exports, said Gelin.

Cengiz Eroldu, who shared various information about Tofaş's research and development, said that we are primarily engaged in reducing vehicle weight. We also have activities in the field of electric vehicles.

In the range of electric vehicles mentioned by Eroldu, we learned that the electric version of Doblo, the light commercial model of Fiat currently produced at the Tofaş plant, was developed by Turkish engineers.

However, we were informed by the CEO of Tofas Eroldu that the vehicle was not scheduled to be available for sale now. 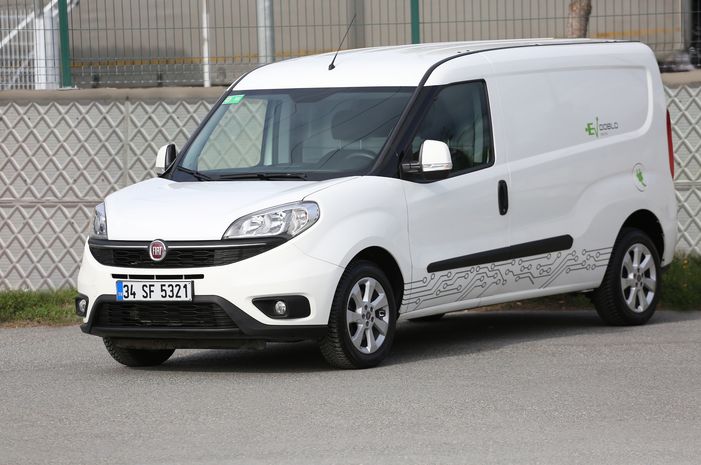 Eroudou, who pointed out the reasons for this situation, "We provide customers with a customer test experience." The lack of cost and infrastructure levels is the biggest obstacle to electric vehicles, and under the current conditions the customer has to pay more, "he said.

"TIME IS AT THE MARKING OF THE OLD DAYS"

While meeting the executive director of Tofaş Cengiz Eroldu, he will not have to talk about the future of the sector that has abandoned a difficult year.

In this context, with the expansion of VAT and VAT incentives by the end of March, Eroldu, who mentions market expectations of over 400,000 in 2019, said the old is a situation where the sector wants to cover all this year tax cuts . affects customer demand and creates shrinkage in the overall automotive industry, "he said. 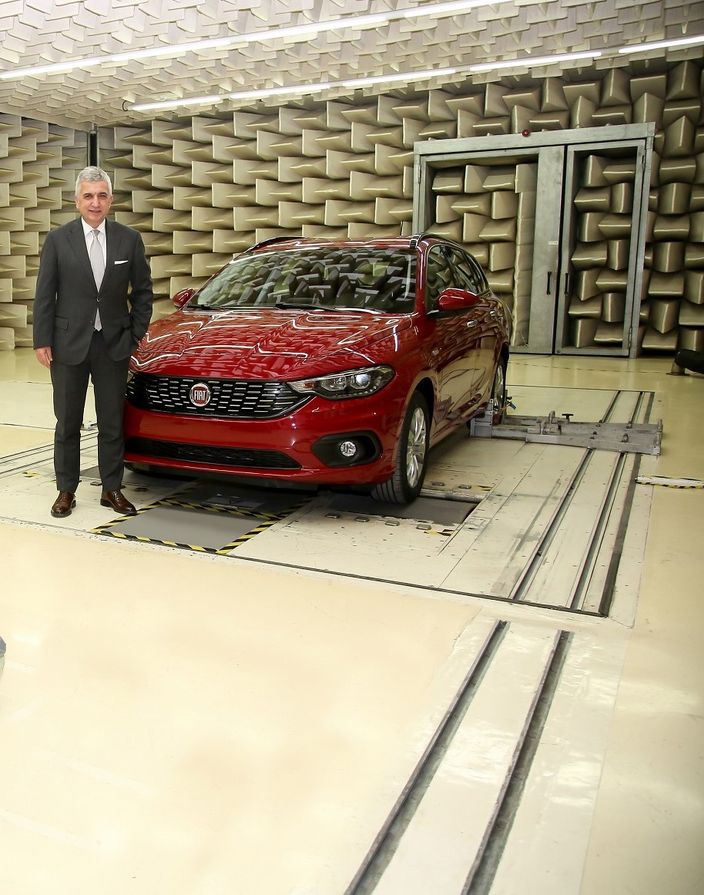 Erollou stressed that the market could take time to reach millions of pieces again: "In the past, the market shrunk again in 2001 and 2009 to reach the previous two-year level, and we can foresee such a time," he said.

Explaining the implementation of 2018 and Tofaş's 2018 goals, Eroldu said they planned to sell 40,000 units in the domestic market. Last year, 240 thousand Eroldu exports, said this year, parallel to exports last year is expected to be implemented. 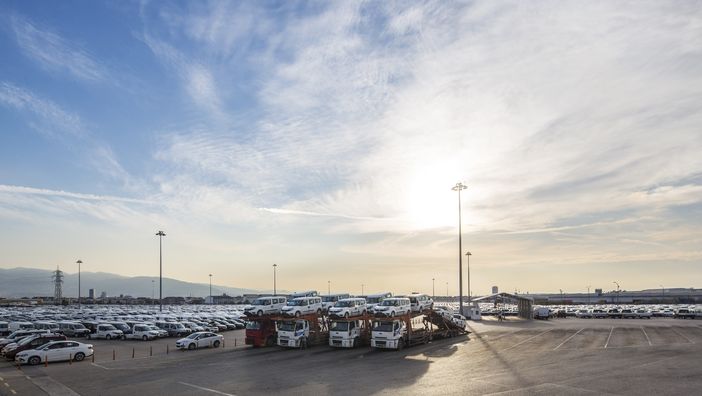 Eroldu, will be about 300,000 in the number of production and 2019's around 20 billion TL in targeting direction said. Chief Executive Officer of Tofaş, total sales of the brand on the domestic market, sales of the fleet are 30%, he added.

"ALL MODELS WILL BE RECEIVED"

Tofaş Executive Director Cengiz Eroldu talks about the future of the brand and the models that will be produced in the near future.

SUV and demand crossover in Europe and Turkey Eroldu said the model, "Of course, then we will have to judge this issue definitely." Egea's architecture is very new, if such a study could be on the architecture of Egea, "he said. 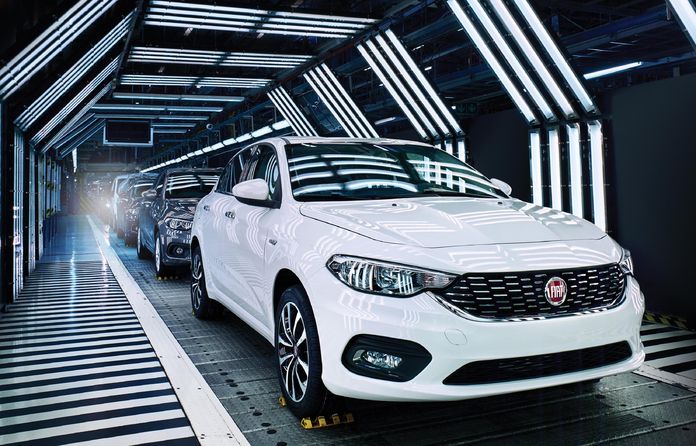 For the foreseeable future, Tofaş CEO has pointed out that companies that export to Europe will need to produce hybrid and electric vehicles, "European legislators are speeding up demand, and we continue to work to keep both as a brand that we export to Europe. " – he said.

ALL TYPES OF VOICE

Eroldu Chief Executive Officer shared details of the work done at the R & D Center and mentioned that they are working to integrate virtual reality technology into product development processes. 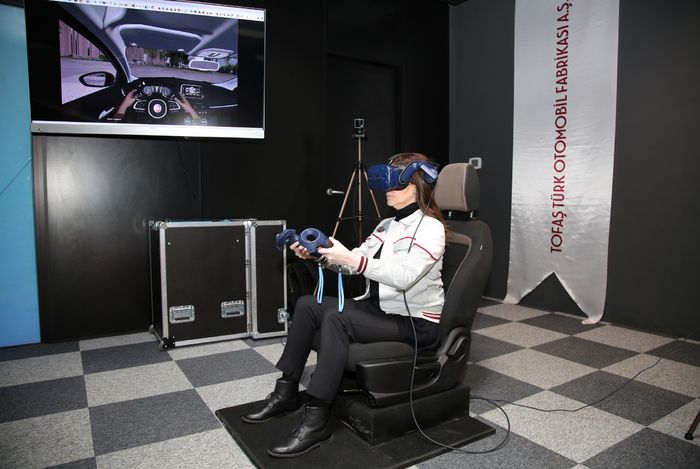 Eroldu, R & D Center in 2009, operating in a silent state of 17 dB (A) in a quiet room in a quiet, quieter and more convenient to offer vehicles to explain that they work: "Level of vehicle sound noise, engine sound The exhaust sound, the sound absorption of the insulators with many areas of vehicle vibration levels are measured and the necessary tests are carried out. 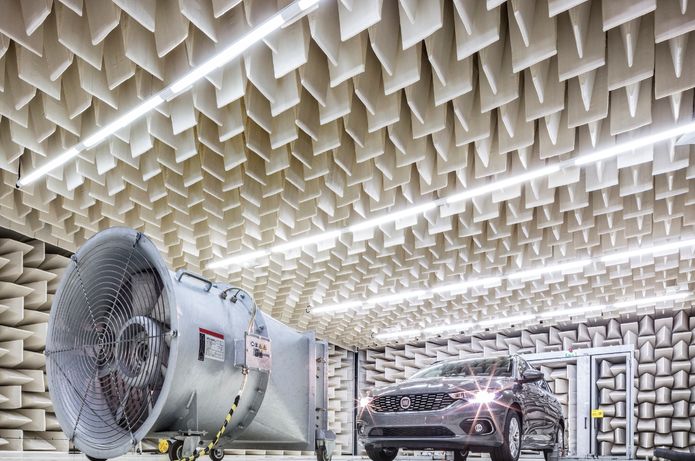 OPENING OF THE DOORS OF THE SEPTEMBER

Another service that Tofaş develops in the R & D center, Fiat Cukur Eroldu, also talks about the implementation of Connected Friend. "From designing systems to mobile and Cloud applications, everything was done with Tofaş and our local business partners, we offer a new experience where they can reach everywhere and can establish a relationship when they do not use their vehicles." 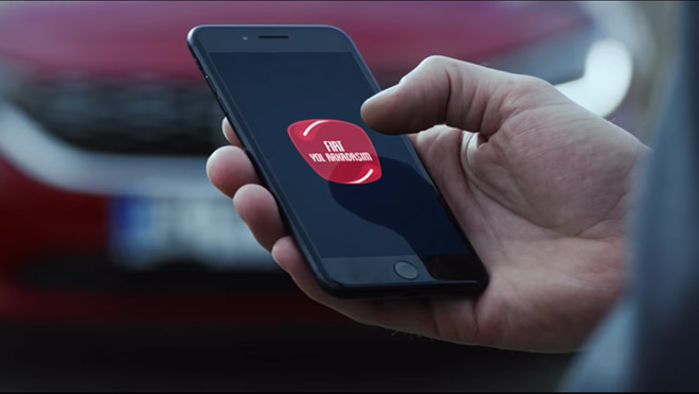 The Fiat Egea, Fiat Doblo and Fiat Fiorino models can be preferred when buying new vehicles, but can also be applied to the existing Fiat fleet information. To monitor the battery condition, an online service for appointment of a parking space for the car, emergency roadside assistance and an ambulance to get many different functions, "he said.

At the Tofaş plant, the electric Doblo, where we have the opportunity to test driving, produces 111 horsepower and 220 Nm of torque. Explained is the vehicle, a 30 kWsli battery with a range of up to 210 km.

We learned from the engineers who developed the Doblo electric that vehicle acceleration values ​​within 0 to 100 km / h in 12.9 seconds were limited and under normal conditions, Doblo could reach 100 km / h in 8 seconds. 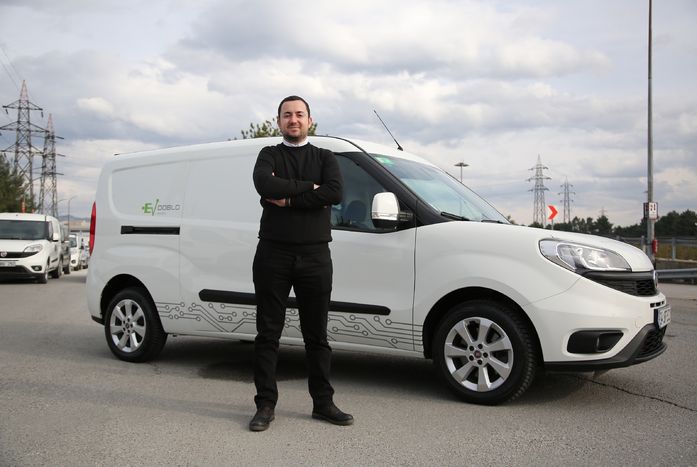 Mass is increased to 150 kg

Batteries placed on the underside of Doblo's luggage increase the weight of the car by 150 kilograms, while reducing the center of gravity. We noticed that this was about Doblo's dynamics.

So far, the electric Doblo, which has the relation of passenger cars to turns, is less likely to be compared to its brothers with internal combustion engines. In addition, the road surface is less affected by the side winds, while making the fluctuations less noticeable. This table shows the effects of the suspension and spring settings. 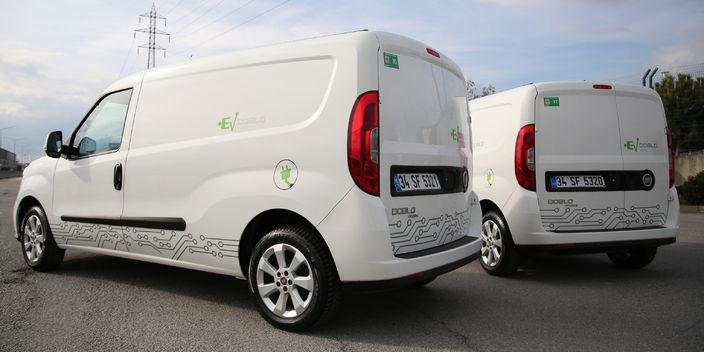 As a result, if we say that the solutions developed by the Turkish engineers at the Tofaş Center for Research and Development are proud of the sector and the country, I think we should not exaggerate. We hope that the number of projects with high added value from these centers will increase and the Turkish automotive industry will have the right place in the world with the contribution of the local car that will be sold in the coming years.