The last minute … SCT's auto reduction ended with a 10% increase 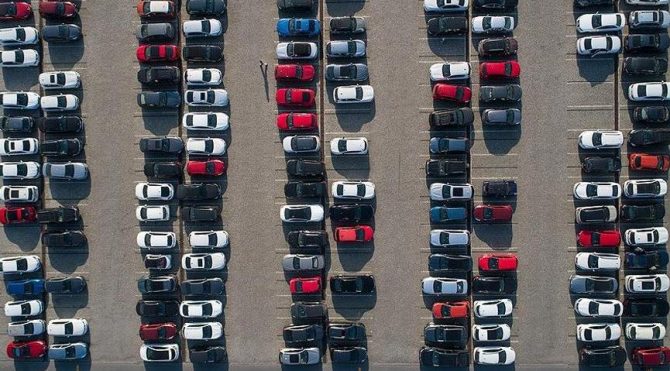 The SCT reduction in cars is over today. Launched last November and prolonged twice, the application of engine volume remaining under 1.6 liters of excise duty rates was reduced by 15 points. It is not known whether the government will take a step in this respect, while sector representatives require continued implementation or even a higher discount rate.

According to Selim Karahan of Habertürk, Ali Bilaloğlu, chairman of the Association of Automobile Distributors (ODD), who recently made a statement on the issue, said that by the end of 2019 the excise duty on vehicles and excise duty on the commercial vehicles He proposed to continue with a 1% VAT reduction.

Bilaloğlu, in a written statement, otomotiv Despite the measures, the total car market shrunk by 35% in 2018, while in the period January-May 2019 decreased by 50% compared to the same period of the previous year was 156 thousand. 990 units. The automotive market also declined by 51.4% compared to the average 5-year sales in January. The sustainability of the car ecosystem, which is one of the most important parts of the car ecosystem, needs to continue to support the business of authorized dealers, employing 80,000 people with regulations that meet the needs of the sector. Similarly, President of the Istanbul Chamber of Commerce (ITO) ibekib Avdagiç called for an extension of the VAT and SCT reductions in the automotive sector by 31 December 2019.

How then will SCT expire for the moment? While the galleries we've reached show that prices are revalued, some brands are also warned to update their price lists on their websites. Within the pre-tax rebate of 70 to 120 thousand pounds with a 1.6% excise engine, it was taken from cars. Now this percentage has risen again to 50%. 18% VAT on vehicles, the excise duty is calculated on the next amount. Therefore, the increase in the SCT rate means that the amount of VAT paid is increased. Accordingly, before the tax value of a vehicle with a selling price of 100 thousand pounds excise duty excise 159 thousand 300 to 177 thousand pounds is increasing.

The pre-tax price of 120,000 Lystra and the excise rates in cars increased from 45% to 60%. This will lead to an increase in the price of luxury cars over 20,000 pounds. As for the price, if there is no new SCT discount, the average 11% increase in car sales will be.

THE PRICES IN THE SECOND GUIDE WILL BE LOVED

Although the SCT reduction was applied to zero vehicles, the fall in vehicle's "zero" prices also affected the prices on the second-hand market. Garenta and ikinciyeni.com general manager Emre Ayyldijz last year began to apply after the SCT dropped by around 10% at zero vehicle prices, while the fall in second-hand cars announced 7%. Therefore, if there is no new SCT discount, the prices of used cars are expected to grow by 7-8%.

The scrap promotion will continue until the year

With the decision of the State Gazette of June 12, SCT reduction of 15 points ended, the upper limit of 10 thousand pounds to 15 thousand pounds scrap vehicle continues. Under the new law, a duty-free price of less than 70,000 pounds for vehicle excise duty, zero excise discount is applied as 15,000 pounds. 70 thousand to 120 thousand pounds in the range of zero SCT vehicle discount is 12 thousand TL. Under current legislation, the incentive will continue until the end of the year. However, the sector has a great demand to continue this stimulus. Günay Dar, the chairman of the Industrialists' Association (ÖTASAD), said in a statement two weeks ago that scrap incentives are increasing zero-car sales and say it should continue indefinitely.