The SETA Foundation responded to the reactions of "andic": purposeful accusation 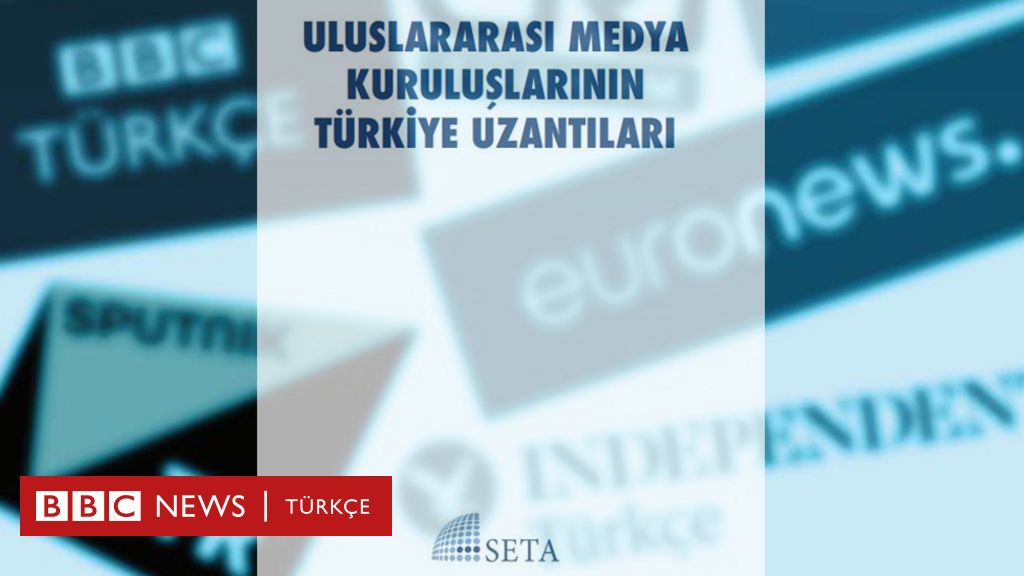 The SEAT Foundation, which also includes the BBC Turkish "Turkey Expansion of the International Media Organization" made a statement on the report and the "Memorandum of the Media" and "Marking" of the refusal assessments.

"The accusation in this work, which contains no information other than the journalistic activity of journalists, is beyond the bounds of goodwill." the statement says.

The Association of Contemporary Journalists said in a statement on the report: "The document that will be a black sign in history."

The union of journalists in Turkey on Sunday released the report was made on Monday announced that SETAR criminal complaint.

Polis This is a police report that documents.

Society Turkey journalists for the report "shows a clear target in terms of critical journalism that all journalists." evaluate.

In a statement, the board of the association said the report was "not an academic study, but a police report." the definition is done.

Former Anatolian Agency (AA) Chief Executive Officer Kemal Ozturk with the Twitter message "problematic" as calling for the report to be removed from the publication.

Editor-in-Chief of the Yeni Shafak newspaper, Ersin Celik, who is close to the government, said in his report that he "must withdraw and apologize." he said.

What does the report contain?

Prepared by İsmail ğağlar, Social and Media Research Director of the SETA Foundation, close to the government, and two researchers; BBC Turkish, Deutsche Welle Turkish, Voice of America (Voice of America), Sputnik Turkey, CRI Turkey, the report including the Turkish independent and Euronews Turkey broadcasting organizations, the current government is accused of publishing biased against him.

The report also includes the names of journalists working in these organizations, their professional circles, some news and some shares in their social media accounts.

In the 202-page report, some of the news that these media have made over the past few years have been selected and selected as "anti-governmental news". call.

The selected news includes a coup attempt on July 15, a police hour in Southeastern Europe by the end of 2015, arrest of MPP deputies and co-chairs, opening of the third bridge and a new airport in Istanbul, and exchange rate fluctuations in the summer of 2018.

Ismail Kaglar, a journalist who writes to journalist Kamran Samar, writes that the information is "gathered from completely open sources."

SETA's voucher document, which does not tolerate journalists to engage in journalism, aims at seeing all journalists in a particular pattern and hesitating to direct journalists to a segment of society will be called one of the black spots in our history.

SETA's voucher document, which can not tolerate journalism, seeks to see all journalists in a particular pattern, and does not hesitate to direct journalists to a segment of society, will be called one of the black spots in our history.

"New Turkey Media Memorandum" mentality that prepares these vouchers to document what we see as a condemnation, then all our colleagues and our personal freedoms to face this attack, and we invite you to use their legal rights. "

DISC Press Business responds: We will not give up on journalism

Press-Is of the Confederation of Revolutionary Trade Unions (DISC) reacted to the SETA report by making a statement in its Twitter profile:

"Sometimes they wore uniforms, sometimes civilian clothes, Andic did not stop, journalists joined, threatened not to give up, we would not give up journalism, writing the facts.

"The negativity that will happen to a colleague mentioned in the SETA report is responsible for the preparation of the report, the instructions and the publication."

The Association of Journalists from Southeast Europe made a statement condemning the report:

This document, reminiscent of the Memorandum document issued by SETA under the name 'Report', clearly identifies a number of radio and television operators and colleagues and aims to explain the purpose of this report. It is clear that journalists working in foreign media organizations are clearly stated and purposeful, specifying their names, their institutions, the places where they live. This document, which is not based on any research for our colleagues, is entirely based on social media accounts. it reminds the internet commemoration document.

"As an Association of Southeast Journalists, we believe that this report, which creates a negative perception of our colleagues, including our members, and has no other goal than to direct our colleagues to some centers, must be withdrawn and apologized to the journalists mentioned in the report. " the responsibility will be the SETA Foundation, which includes and directs our friends.

Journalists continue to respond to the social media report: