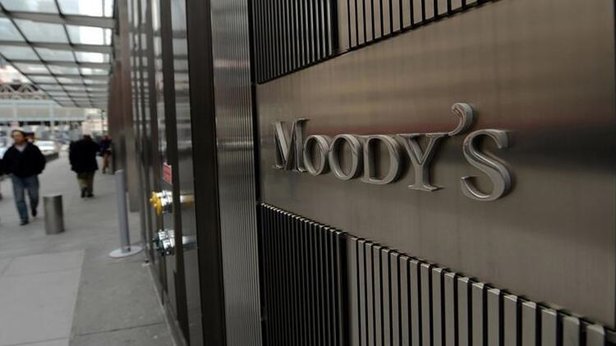 Despite the negative assessment of the Turkish banking sector, announced by Moody's at the beginning of the week, the sector draws attention to its stable financial ratios that run counter to the assessment.

International credit rating agencies in the recent period, Turkey's economy and banking sector in the area of ​​publication of the report and credit notes may be far from the economic fundamentals.

In 2008, when the global financial crisis hit, the fact that credit rating agencies gave high estimates of bankruptcies immediately before bankruptcy and their inability to predict crises in the country has prompted a variety of debates about their credibility.

Over the past 10 years, both domestic and international credit rating agencies have been the focus of various criticisms on the grounds that they are subjective in their reports and have made unfair reductions.

BANKING SECTOR AND STRATEGIC AND LOCOMOTIVE

Earlier this week, the ratings of Turkish banks weakening Moody's economy in Turkey; the increase in non-performing loans, the slowdown in credit growth and continued to negatively affect bank profits. Moody's has left the sector's negative prospects.
The Turkish banking sector stands out with its stable financial ratios, which point to the opposite of Moody's rating.

The Turkish banking sector, which has a strong structure with measures taken since the 2001 crisis, is at the top of both the strategic and the locomotive areas of the national economy.

The strong capital structure of the sector, asset quality, experienced human resources and technological development ensure that the sector has close financial ratios with the European banking sector.

NATIONAL CAPITAL MARKET IN THE TURKISH BANK SECTOR is below 5%

With the economic downturn on an annual basis in the fourth and first quarter of last year, there was a partial difficulty in repaying the debt of companies and households. This has led banks to comment that non-performing loans (NPLs) may lead to a sharp increase.

The NPL ratio of the banking sector in September and December last year was 3.22% and 3.87%, respectively. The ratio of problem loans to the banking sector, which is 4.04% in March this year, has risen to 4.18% with limited growth since May.

According to analysts, given the experience of the banking sector in recent years, which is below 5% of the risk of unpaid loans, he says.

ASSESSMENT OF THE BANKING SECTOR BUDGET IN THE EU 3.1 PERCENTAGE

The problem loans ratio in the European banking sector amounted to 3.1% at the end of March this year.

While the ratio of problem loans to the banking sector in Germany and the UK, one of the leading EU countries, is 1.3%, it is 2.7% in France and 3.6% in Spain.

Turkey, household indebtedness is the lowest in individual countries

The ratio of household debt to GDP in Turkey fell to 14.8% at the end of last year, continuing the downward trend in the past 5 years. Turkey, which has taken its place among the countries with low indebtedness of households in G20 countries.

low indebtedness of households in Turkey, reduction of pressure to increase in the ratio of non-performing loans.

STRUCTURE OF THE TURKISH BANK SECTOR'S CAPITAL is strong

The Capital Adequacy Ratio (CAR) of the Turkish banking sector is 17.07%, which is well above 8% worldwide. Although this ratio is updated according to the risks that change over the year, and changes in banks' own assets, the fact that CAR is high is interpreted as healthy.

The CET1 Ratio is another parameter that banking authorities in Europe are considering … The ratio of the capital adequacy of the Turkish banking sector, compared to the EU average, shows that the sector actually retains its strong capital structure.

Banking Regulation and the Surveillance Agency (BRSA) According to data published in May, core ratio capital adequacy of banks in Turkey is 12.9%. This ratio, according to March data continues to amount to 14.7% of the average of Turkey in the EU.

Countries 13 percent in Italy, when we look at some 13.4 percent in Portugal, Turkey with 14.3 percent in France hold a parallel course with the average.