The US declares China a currency manipulator 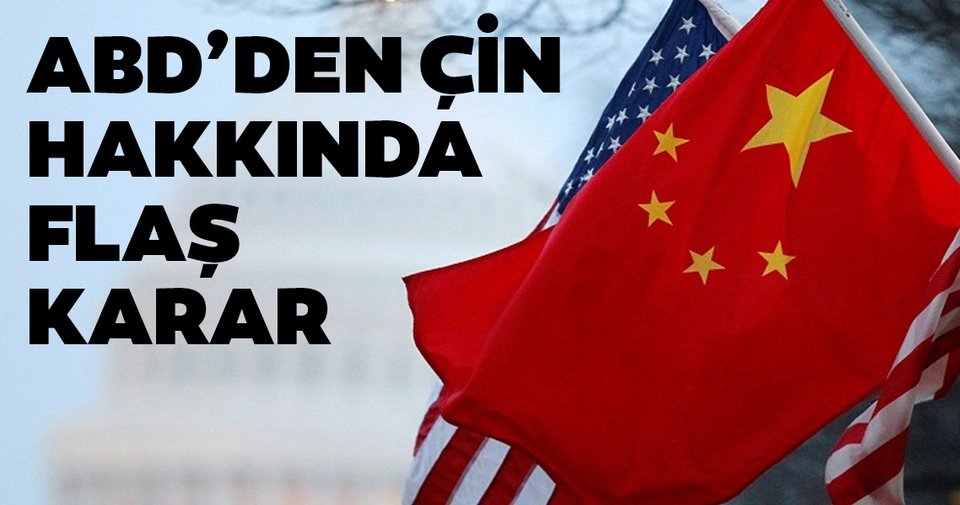 The US Department of Commerce has announced the latest customs tariff on Chinese goods, US Chinese companies have announced that the purchase of agricultural products has been suspended.

In a written statement from the ministry, the US imposed a $ 300 billion additional tax on Chinese goods worth $ 300 billion and violated the consensus provided by Chinese President Shi Siping and US President Donald Trump at the G20 Summit in Osaka, Japan. He said. China will not release agricultural products originating in the United States from customs duties after August 3, saying: "The purchase of US agricultural products from Chinese companies is suspended." statements were used.

Stressing that the Chinese market has great potential, "we sincerely hope that the US leaders of the two countries sincerely implement the consensus reached at the Osaka Summit (G20 Summit), and that the two countries will respect its promises of the necessary conditions for cooperation in agriculture. " was appreciated.

Soybean, cotton, wheat, sorghum and pork account for most of China's agricultural products imported from the United States.

"Trade talks underway as US continues to add small 10 percent tariffs to $ 300 billion from China as of September 1," US President Donald Trump said in his Twitter account about the new duty to be added to Chinese products at the beginning of the month. That additional tax does not cover $ 250 billion of product that has already been subject to a 25 percent duty. " he had used.

The trade war between the two countries, which began in March last year and witnessed reciprocal customs tariff repayments, has finally spread to China's technology companies.

China and the US have been negotiating for more than a year, the 11th in the US in early May. China's chief negotiator, Deputy Prime Minister Liu XI, has returned empty-handed from talks in the United States.

Chinese leader Shi Siping and US President Donald Trump have decided to continue trade talks at the G20 summit in Japan last month.

After the G20 summit, Trump announced that the plan to add $ 300 billion in additional tariffs on Chinese goods was halted. He later gave the green light to lift the ban on Huawei.