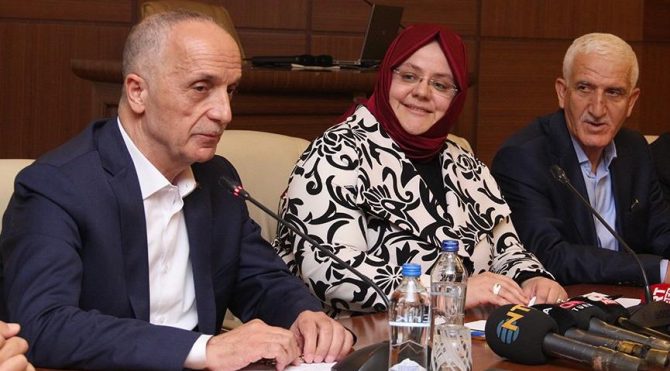 The Government and Turk-Ish agreed in the Collective Agreement for the Public Sector in 2019, which sets out the financial and social rights of the public worker in 2019-2020. Accordingly, the improvement of 150 pounds of workers, all workers for the first 6 months year for 8 percent, for the second 6 months up to 4 percent increase in decision. When the words of Türk-İs President Ergün Atalay were added to the new campaigns that did not please the workers, the workers' hope was again shattered.

Last minute … Turk-Is has reached an agreement with the government

"At least that's how I turned it off"

Speeches between Labor Minister Zehra Zumr Selchuk and Turk-Ir President Ergun Atalay were reflected in the rest of the microphone. According to FOX news, Atalay's public officials have signed a promotion proposal: "Uzasa will mix business. At least I turned it off. "

Atalai's words have had a big impact on social media. Many users have responded to these words by Atalay.