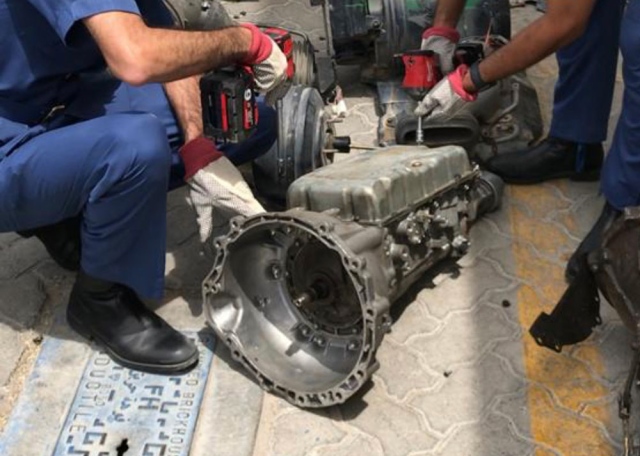 Dubai Customs cease new drug smuggling attempt in the country. A joint team of Customs Intelligence and Customs Centers Jebel Ali seized 251.2 kg of crystal, the largest amount seized in the center, in addition to the shipment containing 6.4 kg of heroin. The market value of 258 kg of drugs hidden in spare parts for used cars is estimated at 258 kg of drugs.

The smugglers tried to get them through the Jebel Ali port and collided with Dubai customs inspectors in an operation called "Surrender".

Youssef Al Hashemi, director of the Jebel Ali Customs Centers, said the department's efforts are integrated into thwarting smuggling and drug seizure efforts to protect the public from its dangers and harm.

Shoeb Mohammed Al Suwaidi, Director of Customs Intelligence, said Dubai Customs has succeeded in making the Dubai Emirates customs ports an impenetrable dam amid all attempts at smuggling that would harm the safety and health of community members.