Saudi Al-Cassimi: The UAE is one of the world's best security and safety nations 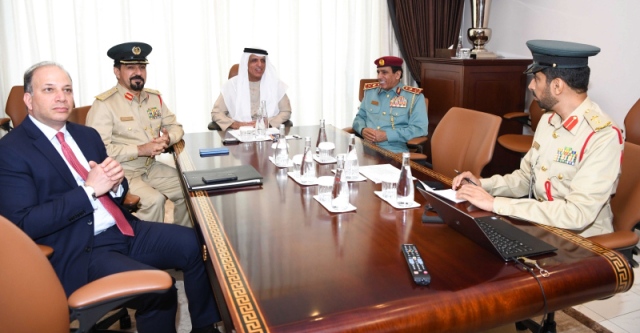 His Majesty Sheikh Saud bin Sakr Al-Cassimi, a member of the Supreme Council and Governor of Ras al-Qaime, said the UAE is one of the world's best security and safety nations, praising the efforts to promote initiatives to increase the sense of security and security at the state level as a whole, and in particular Ras Al Khaimah.

His Highness Ruler of Ras Al-Qaime appreciates the efforts of the Interior Ministry, which has established a sense of security and achieved record performance indicators in accordance with the national agenda and the vision of the UAE 2021.

He also called for providing the necessary support and facilitating barriers to the development of the Security Sense Index and increasing competitiveness and constant readiness for training the staff to be prepared to meet the standards of excellence that enhance the sense of security. To support the level of safety and the development of new projects supporting the Ras Al Khaimah emirate index.

His Majesty, the ruler of Ras Al-Qaime, welcomed the visit aimed at discussing and promoting initiatives to raise the level of safety and security in Issued Ras al-Haim in 2019, in line with the priorities and priorities of the United Nations' which seeks to be the first country in the world that feels secure.

Major General Ali Abdullah bin Alvan said that these directives are the supreme support of His Majesty Sheikh Saud bin Sakr Al-Cassimi, a member of the Supreme Council and ruler of Ras al-Hajm.

His Majesty Sheikh Mohammed bin Saud bin Sakr Al-Kashimi, Prince of Ras Al-Hajm and the support of His Majesty Sheikh Saif bin Zayed Al Nahayan, Deputy Prime Minister and Minister of the Interior, are the main pillars through which the police Ras Al-Haima has established security and stability in the Emirates. The most advanced stages of progress in line with the development and development of the world police and security.