See .. Girl storms the theater and hugs "Kazem El Saher" during a concert in Turkey! • Journal of the Observatory 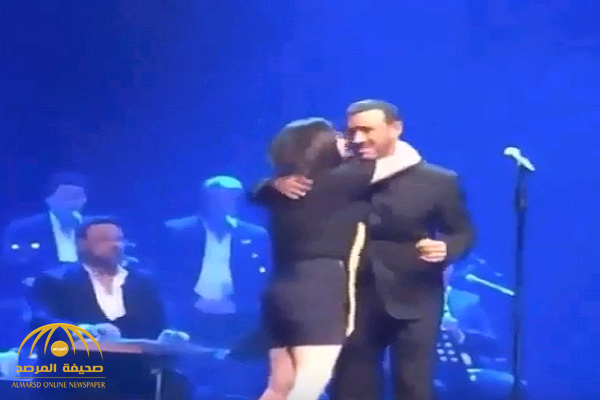 Al-Marsad Newspaper: The girl entered the theater in the Turkish capital, Istanbul, while artist Kazem al-Saher performed and hosted a concert.
The video shows the girl sitting in front of an audience wearing the Iraqi flag and then storming the theater when Sacher begins with the song "Salam Alik", which is Iraq's second national anthem.
Al Sacher received the "admirer" without confusion and hugged him more than once before one of those interested came and asked her to leave the theater after taking a memorable photo with the artist.