The RAK's wings save the injured Asian during a tour 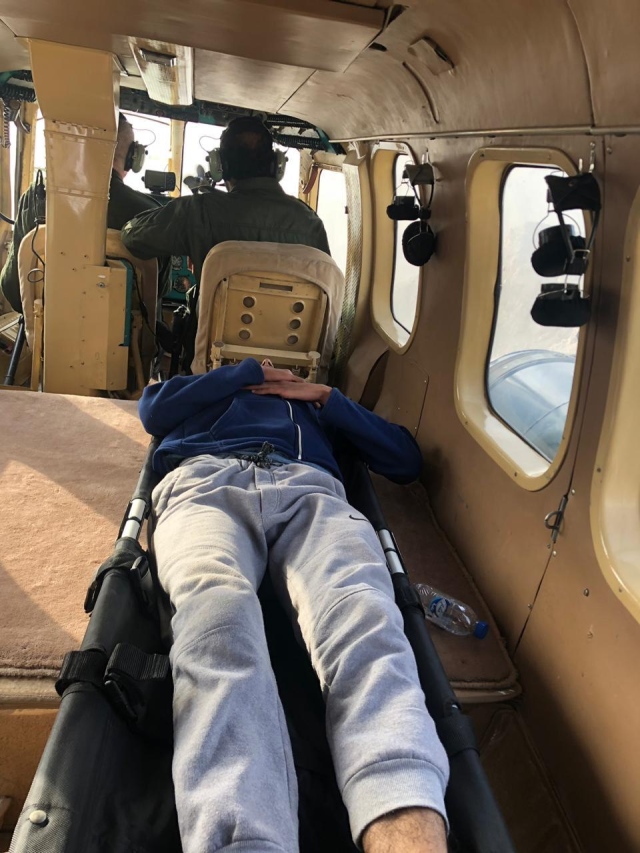 Major General Ali Abdullah bin Alluan Al Noymi, Rash al-Heim police chief, commended the social and humanitarian responsibility of members of society in accordance with their race, race and multiculturalism and assessed the depth of their sense and sense of responsibility and willingness to provide support and humanitarian assistance to citizens. And the speed of dealing with all communications of all sizes to promote security and stability, which are the main priorities of police agencies.

Major General Ali Bin Alouan added that Ras al-Hym police wants to support and enhance security and stability, which are collective responsibility, which must be endorsed by all local institutions and institutions in the country by spreading the concept of a positive culture in interaction with different events.

Colonel Said Rashid al-Yamahi, head of the Air Force Department, said the Division of the General Directorate of the Police of Ras Al-Hajm could help some Asian rescue and ambulance citizens in the third decade of his life after was hit at the top of the mountain in Ras al-Qaim. While traveling with his colleagues on a tourist expedition where the mountain rises from the surface of the earth at about 3500 feet.

Al-Yamahi added that the General Operations Department received a report Friday afternoon at 3.30 pm One of the accompanying persons stating that their colleague was injured during their journey. After the search and investigation, they were found and provided all the first help needed by the victims with the help of parents and citizens in the mountainous area and transferred to the hospital for treatment and received help and are currently in good health and health after leaving the hospital .