An elite SUV burned at night in Kiev 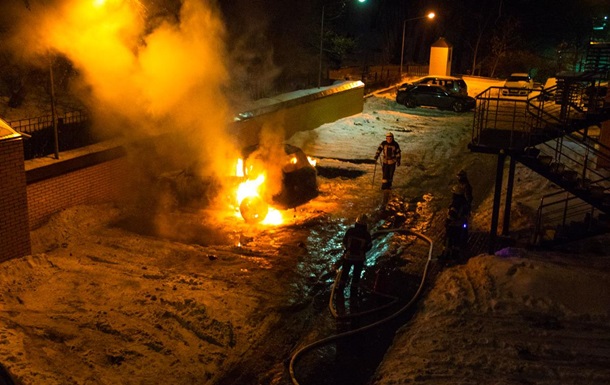 The fire occurred deep in the night. When the rescuers arrived, the car was full of flames.

It is noted that the call to the firefighters came in at 2:13 pm. When they arrived, the Jeep was already completely devoured by flames. Already at 02:54, the fire had been localized, and closer to 03:00 was completely extinguished.

There were no other cars near Lexus, so the fire did not spread even further. There were also no sacrifices.

As a result of the incident, the car burned to the ground. What caused the fire – set the result. Two units of fire fighting equipment, as well as doctors and patrols, worked on the site.

Recall the night before in Kiev burned tall buildings. The fire occurred in an apartment located on the 14th floor of a 16-storey building.

Firefighters also quit the Podol restaurant. The fire started on the second floor of the building, and later the fire broke into the roof.