CPC: The Moshichuk vs. Supran project was written on the computer by Opobloc's deputy from Akhmetov's group. 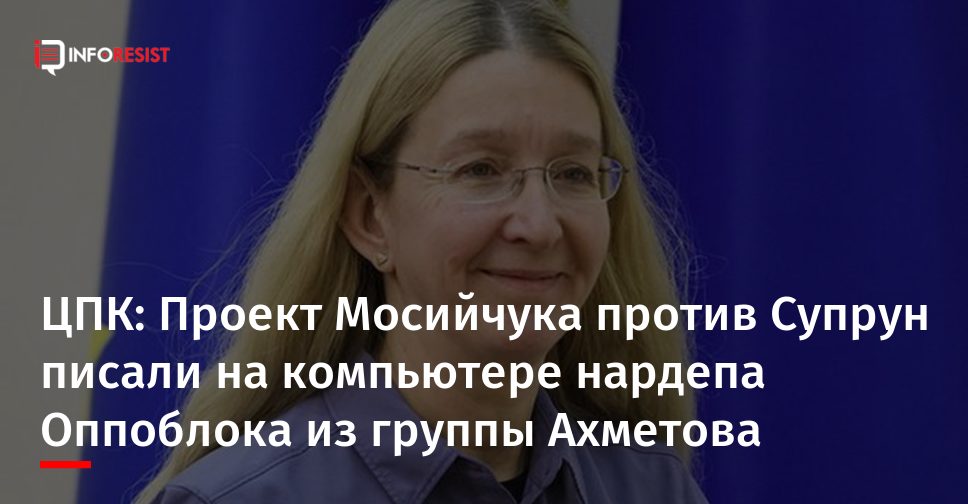 The explanatory note to the resolution on the "transfer" of Ulyana Suprun to the Minister's powers was prepared on a computer by a MP from Opoblock Alexander Doljenkov. For this The reported Vitaly Shabinin, head of the Facebook Corruption Anti-Corruption Center.

According to the CPC, Alexander Doljenkov is a MP from the "opposition bloc", which is controlled by oligarch Rinat Akhmetov and is his confidant. Moreover, the oligarch Ahmetov is also associated with the radical party of Oleg Lyshko. 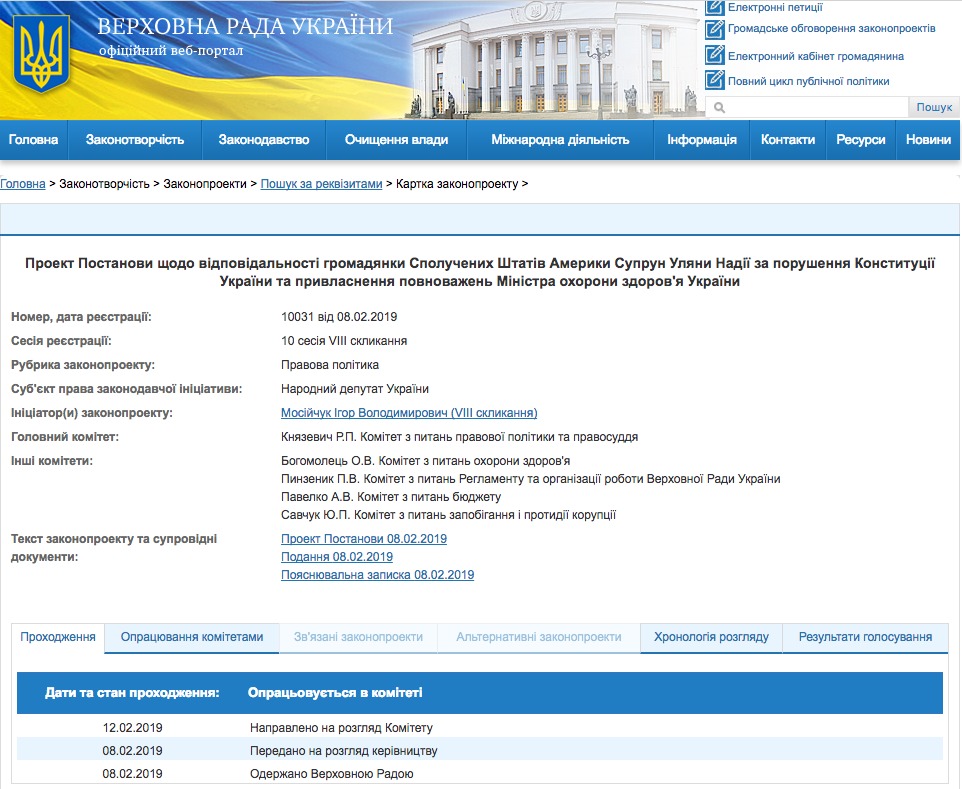 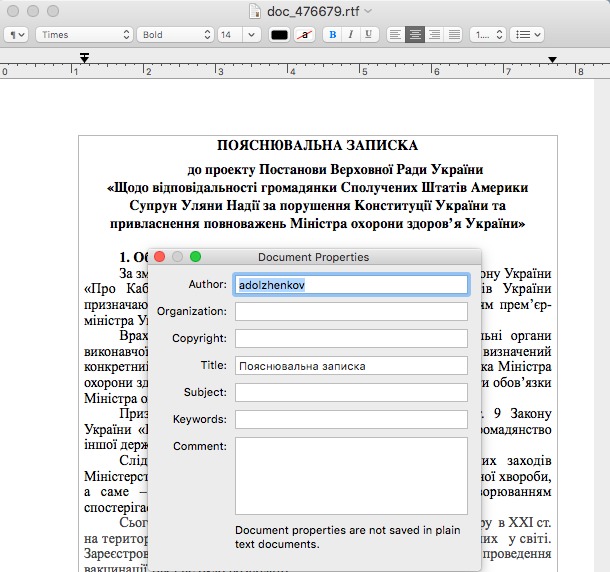 In turn, the deputy of Radical Party deputy Igor Mosychuk denies this fact.

"I do not even congratulate the regions of Doljenkov!" Shabunin came up with a draft resolution for the dismissal Suprun was written on his computer. The scam, the corrupt giant, the draft decree, and an explanatory note about it, was prepared by Tatyana Blissyuk on my personal computer in the Verkhovna Rada of Ukraine, which we received in 2014 from the parliamentary apparatus and we are ready to present it for consideration now, "he said Mosiichuk.

Assistant Mosiychuk Tatiana Bliznyuk confirmed the words and complained that no one paid attention to his words.

"Shabuin said the explanatory note to the resolution was written in Opoblock. And even some connection leads. But I swear I wrote this explanatory script on Moshichuk's computer, and it may even be imperfect because it was driving me, but it never developed from Akhmetov. And I write about it there in the comments, but the darkness of the shabbists' darkness does not believe me; they laugh at my comments, "Bliznyuk explained.

Recall that Uliana Suprun was suspended on February 5 by a decision of the District Administrative Court of Kiev. The Cabinet and President Petro Poroshenko spoke in support of Suprun. Embassies of the United Kingdom, Switzerland and the United States also responded to its exclusion.