I will be 100% on the football field to win Dynamo – football.ua 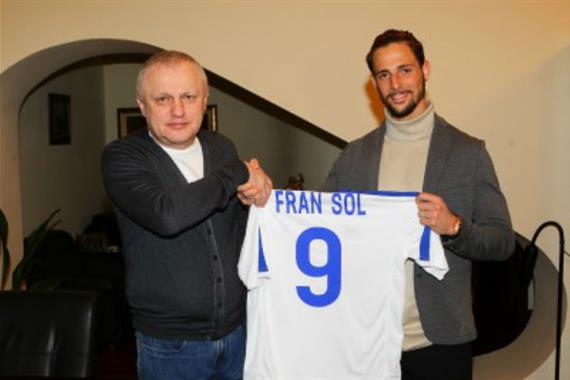 Novak Dinamo, Spanish striker Fran Sol gave the first interview as a player to our club right after signing the contract. 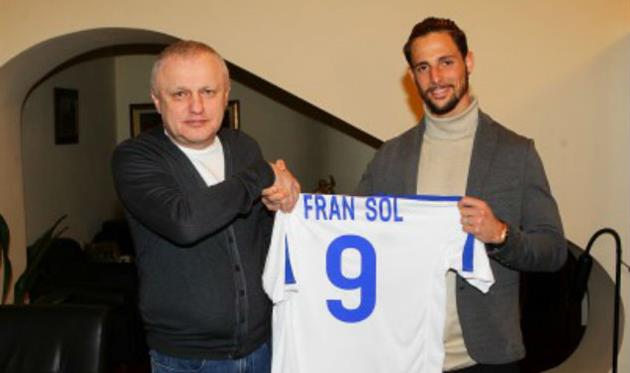 – Fran, what do you know about Dynamo (Kiev)?

"This is a great story club. I know that Dinamo won two Cups and the European Super Cup in his day, and he is also the most winning club in Ukraine – no more residents of Kiev have become champions of this country.

– This season you have brilliant stats – 13 goals in 17 games. What functional status are you currently in, are you ready to get started right away?

– Yes of course. Mostly in football I love to score goals. And I came to Dynamo for this. I would like to win as much as possible to help my new team in the Europa League, where the blue and white set high goals, as well as in the Ukrainian championship where not everything is lost in the championship fight.

– Are you familiar with someone from Dynamo who can help with the team's adaptation?

"I still do not know anyone, but I'm sure the new partners will welcome me well. I look forward to joining the team in Marbella.

– What feelings do you expect to make in European competitions? How important is it to you?

– First of all, I am very grateful to Dynamo for the opportunity to play in European competitions. I will do everything that depends on me to justify the trust the club has given me. The main thing will be to prepare for the Olympics games not only physically but also psychologically, so it will be my first games as part of Dinamo.

– Have you chosen a game number for a long time? Nine – happy for you?

"I'm very glad the nine were free. This is the best figure for the winner.

– What can you promise to the fans?

– I can promise you that I will give the best of the football field to win "Dynamo" in all the tournaments in which it participates.

"Of course I will be very happy to communicate with them. Besides, knowing that at any time, whether in winter, when it is very cold, or in the summer, when the heat is incredible, they always support us on the stands. And I just will not have the right to play that way.

Fran Sol has graduated from Real Madrid. In Kiev, the player moved from Willem II to the Netherlands, in a T-shirt that the striker scored 47 goals and gave 6 assists in 88 games.