In Nikolaev, the woman fakes and sells 30 million marks 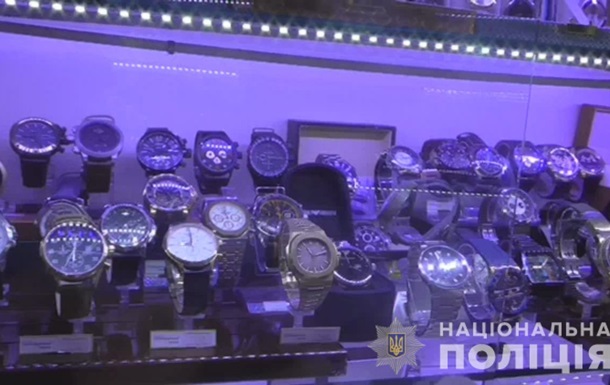 The police seized 140 hours and sent for inspection

The woman made watches of famous brands and handed them to the local shopping center. Representatives of branded companies in Ukraine contacted the police.

In Nikolaev, the police detained a woman who falsified and sold watches from famous brands. It is reported by the press service of the National Police of Ukraine.

It is reported that 43-year-old natives are making watches of famous brands and delivering these products to a shop located in a shopping and entertainment center.

Representatives of branded companies in Ukraine contacted the police. They assured that in this store they sell watches that look just like the original. The sale of such frauds infringes copyright, defames their reputation and leads to losses.

As a result of investigative actions, police officers revealed nine facts about the illegal sale of goods delivered by a woman. Law enforcement officials detained 140 hours and sent for scrutiny. According to them, this watch is fake.

The police said the amount of damage was 30 million hryvnia. In the case of counterfeit goods, the police initiated criminal proceedings under the article "Illicit use of the trademark for goods and services, trademark, qualified indication of the origin of the goods".

The investigating department of the CPC in the Nikolaev region started criminal proceedings based on a crime under Art. 229 of the Criminal Code of Ukraine "Illicit use of the trademark for goods and services, trademark, qualified indication of the origin of the goods."

The sanction of this article provides for a penalty of ten thousand to fifteen thousand non-taxable minimum incomes for citizens deprived of the right to occupy certain posts or to carry out certain activities up to three years or without it.

As reported, in Chernivtsi in industrial volumes produced fake caviar. It is possible to find and block the activities of fraudsters after poisoning a local resident.

Recall that in the Lviv region unveiled an underground brewery, as well as an underground shop, which on an industrial scale produces fake paper of a famous brand.