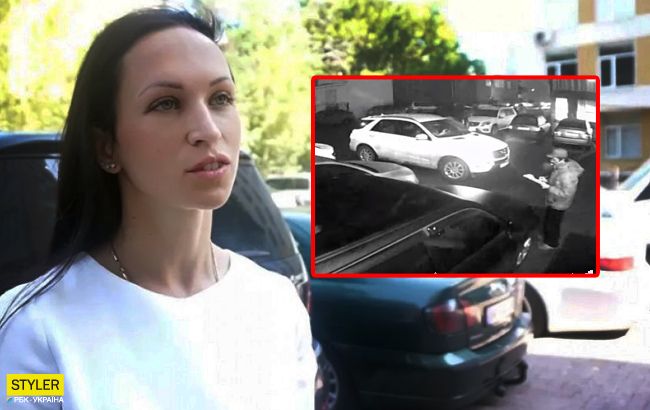 Administrative Court of Appeal Judge Dmitry Zaporozhana, who recently blamed the police on the accident record, first pleaded guilty to the accident and even promised to pay compensation, and then began threatening the victim. For him it says "Duma".

The incident, which led the patrol police to try to draw up a report, happened in January 2019 on French Boulevard in Odessa. Dmitry Zaporozhan lost control of his Mercedes ML250 and crashed into a parked Nissan Jake, which belongs to his neighbor Anastasia Greene, chief state contractor of the first Suvorov department of the state executive service. Zaporozhan did not call the police to record the fact of the accident and just left the scene.

Anastasia Greene did not make this a problem as they live in the neighborhood and when she found the damage to her car, she just called Zaporozhany. He pleaded guilty, promised to pay for car repairs, and even offered to go to the gas station where his friend works.

Green, however, realized that there was no service at the address and in a personal meeting Dmitry Zaporozhan began to act aggressively and threatened the woman with physical violence. He also said she would not be able to prove his involvement in the accident and advised her to go to court.

"Following this incident, the patrol police unsuccessfully tried to call Dmitry Zaporozhany for drawing up a report, as he categorically ignored the notices sent to him by the Patrol Police Department in the Odessa region. Six notifications were sent in total. The patrol police were forced to come to he and the meeting took place in the same courtyard where the accident occurred. As a result of all the manipulation by the cops, the patrol police managed to draw up a report only on May 27, that is, four months later after the incident – said Green.

The court hearing was held on July 1, Zaporozhan did not appear to him, but gave a statement requesting to stay the proceedings for lack of crime. Judge Abukhin, who is considering the case, simply closed it, citing the fact that the three-month deadline had expired.

Anastasia Green appeals to investigate the evidence. Dmitry Zaporozhan over the months managed to re-register the car and repair it. He also appealed the court's decision, saying he was not in the car that January. Zaporozhan did not appear at the first two sessions of the Court of Appeal. The next one is scheduled for September.

Recall that we wrote earlier that in Volin the attackers rob and beat a local resident, then tie him and bury him alive.

They also said that the suspect in the murder of Diana Hrynenko had a criminal record before.