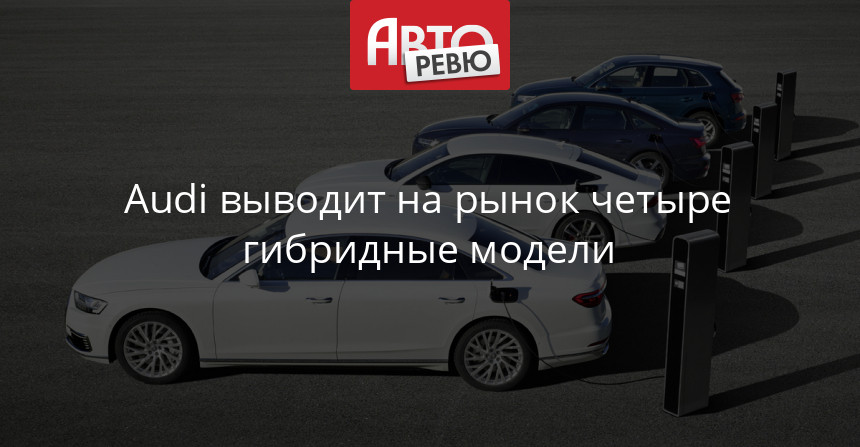 The Audi Hybrid is no longer a miracle, but all previous attempts to sell such cars were not very successful. And for the new experience, the company decided to use economies of scale: four hybrid models with the new TFSI e prefix, which have unified components of the electric superstructure and driving principles, were prepared for the Geneva Motor Show.

The Audi A6 and A7 cars as well as the Q5 crossover are available in two hybrid versions. Initial modifications of the 50 TFSI e have a two-liter gasoline turbocharger, and the electric motor is built into the pre-selected S tronic "robot" with two clutches. Peak returns such a power plant – 299 hp. and 450 Nm. The whole trio has more temperamental versions of the 55 TFSI e: thanks to a more efficient electric motor, the pitch increases to 367 and 500 Nm, while the sports suspension and the S line are added.

The large Audi A8 L 60 TFSI hybrid sedan is a bit different. It has a V6 3.0 TFSI turbocharged engine, a synchronous electric engine built into the traditional eight-speed "automaton", and an added clutch that shuts off the transmission from the gasoline engine while driving clean electricity. Cumulative Return – 449 hp and 700 Nm. 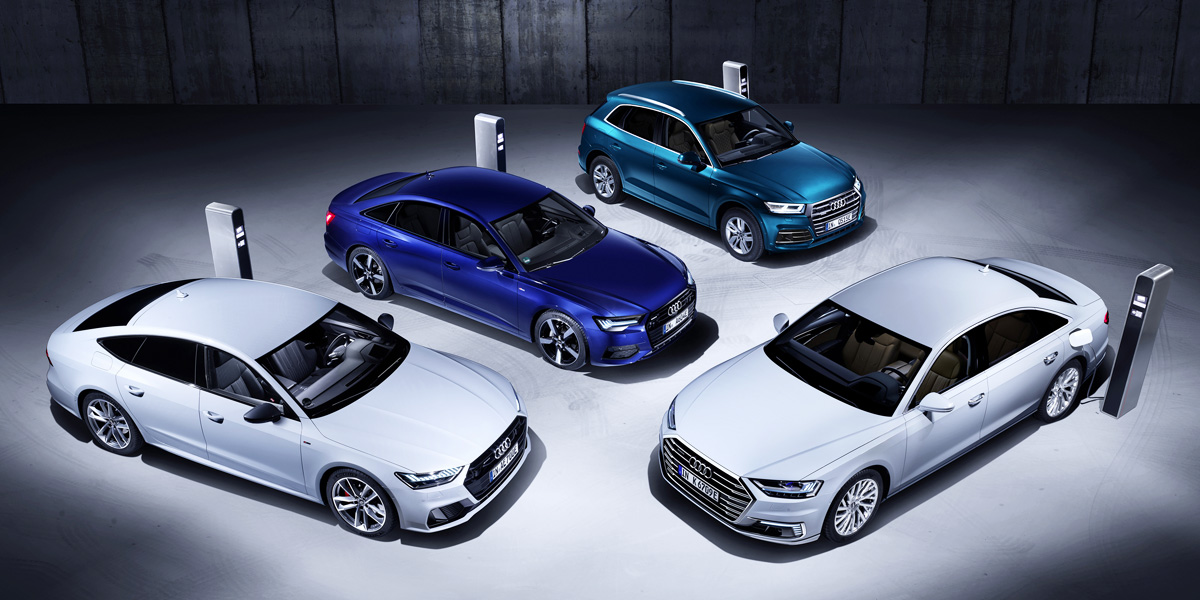 All new hybrids have a traction battery with a capacity of 14.1 kW ∙ h, located beneath the boot floor. But if passenger models have a battery of plates, the Q5 crossover has prismatic cells. The battery cooling system is included in one circuit with an electric motor and a power electronics unit. Recharging from a 7.2 kW terminal will take two hours, and a one-mile run for all models exceeds 40 km (WLTP), but more precise Audi parameters do not.

The hybrid system is set so that by default the car always starts with a clean electric and the petrol engine is connected if necessary. There are EV modes (electrical only), Auto and Hold modes. The latter is intended to maintain the battery charge level – in the event that the last part of the road is to be driven by electric traction (for example, in a park or nature reserve). The regenerative braking is not very powerful, up to 0.4g works together with the standard braking system, but more intensive braking is done with disc brakes only.

The new hybrids will be sold gradually, the entire descendant must enter the European market before the end of the year.