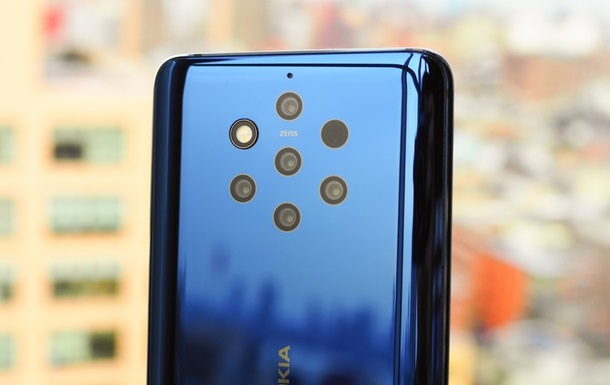 The smartphone is unique in its kind

The Nokia 9 PureView smartphone was shown at the MWC in Barcelona. The gadget was the first of its kind.

At the Mobile World Congress 2019 in Barcelona was presented the leading Nokia 9 PureView smartphone, whose main feature was the camera with five lenses. Not just five cameras, but ZEISS's optics and shooting algorithms must provide the best shot quality. This is what The Mashable writes about.

The five rear cameras look redundant, considering that other flags such as the Galaxy S10 + have just received a third rear camera. However, the Nokia products have been known for their high quality shooting. It is likely that the brand decides to return the position and has created one of the best camera phones in the world.

Manufacturers of gadgets promise that it has the highest range in the world thanks to three black and white camera sensors. In addition, there is a 5x zoom and professional shooting mode in RAW.

With regard to other features, it is known that the gadget has received a 5.9-inch diagonal display, the Qualcomm Snapdragon 845 processor, 6GB of RAM and 128GB of built-in memory.

Earlier, it was reported that the world's most protected smartphone, Katim R01, was designed to work in extreme field conditions.