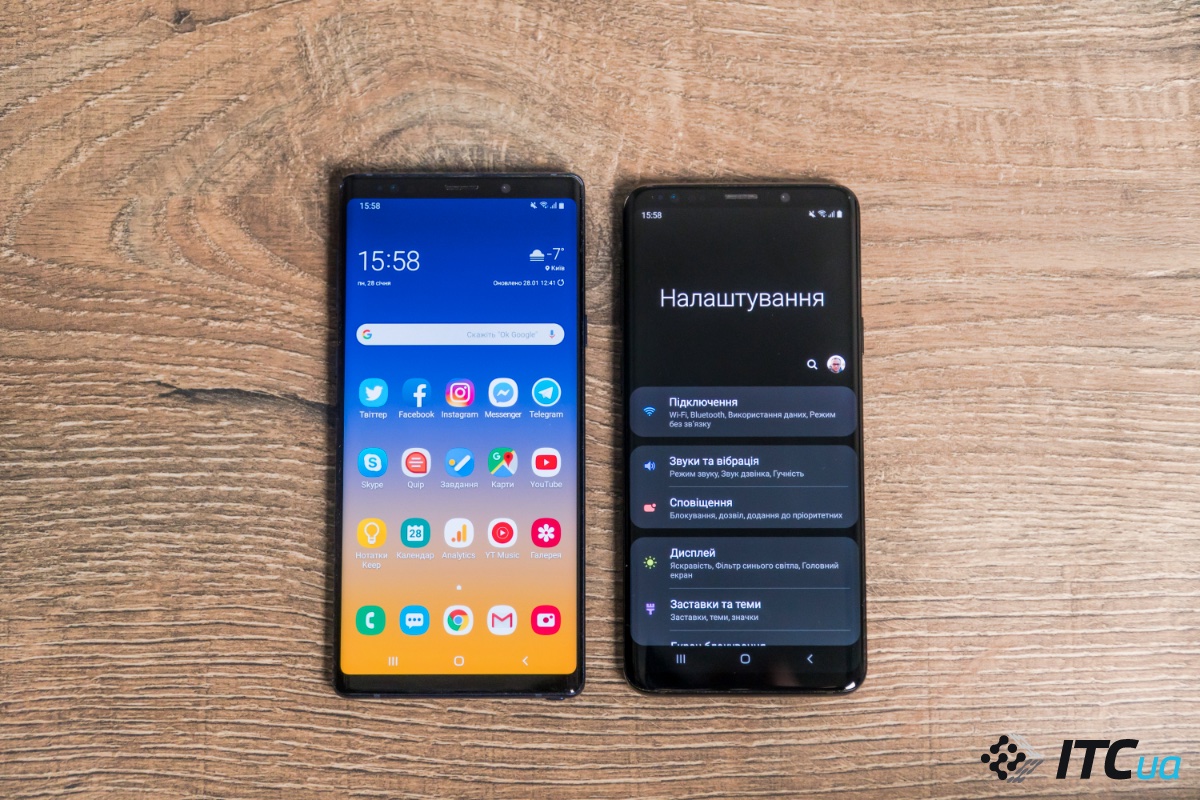 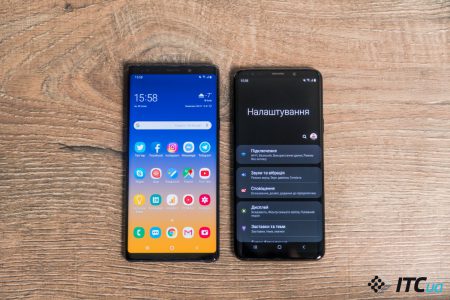 Since 2010, Samsung has developed its own interface for the Android operating system. Initially, this was the well-known TouchWiz, which was periodically criticized for the slowness of work, then Samsung Experience, and one UI at the end of last year. The new interface is based on Android 9 Pie and, according to the company, it is designed to simplify the use of smartphones with a large diagonal display. Did you help this help and what new features did the updated Samsung interface give me in this article?

Interface with one hand

Over the last few years, diagonal screens in smartphones have increased significantly and their use with one hand has become even less convenient. In order to deal with this situation, Samsung decided to return the functional interface elements to the user's fingertips, i. at the bottom of the display. At the top they decided to put information on the screen on which the user is located. For example, if a person goes into the smartphone settings, then the first thing he sees is a big "Settings" message, and the menu items already start underneath.

Microsoft had a similar Windows Phone idea, but then the smartphone displays were smaller and the big section headings looked odd.

But with the rise of diagonals, it turned out that this is a good idea, at least a week after using One UI, I want to integrate such an interface directly into pure Android.

This is especially true for putting control elements at the bottom of the screen rather than at the very top. 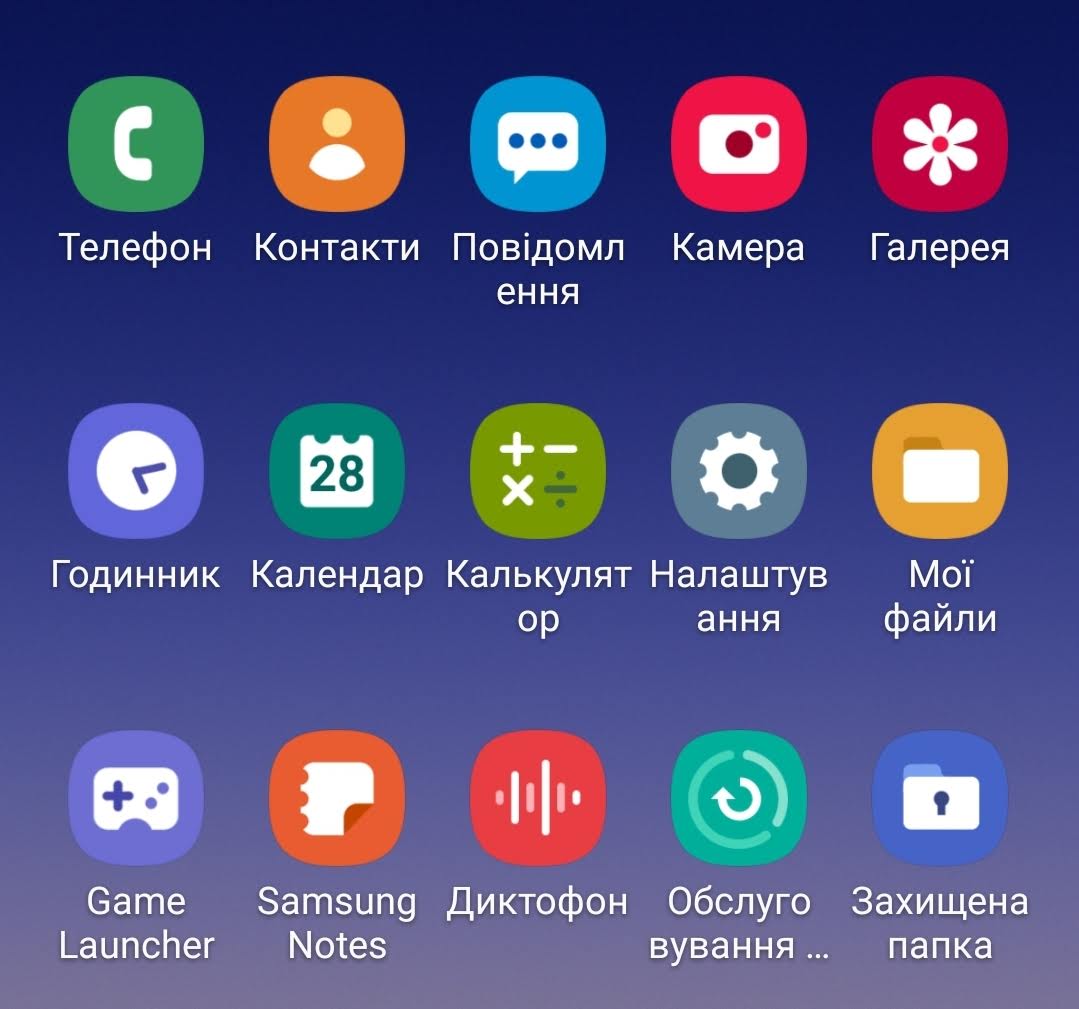 At One UI, the company remarkably refreshed the icons of its applications, visually they became even simpler, I would even say pretty primitive, but in general they handle their tasks.

In the new Samsung interface, "Night Mode" appears, which rewrites the system programs interface in black.

Not only looks great on Super AMOLED displays but also saves battery power.

As with the standard Android 9 Pie, in the One UI, the multitasking menu is shown with maps that scroll horizontally, and unlike the Samsung Experience interface, they can no longer be displayed as a list.

At the same time, the icon of the application is displayed at the top of each map by clicking on it that calls the popup menu.

Here you can see information about the program, launch it on a single screen with another application, display it in a separate window or attach it so it never closes in the background.

Despite the fact that Android 9 Pie navigation is done with gestures, no manufacturer has integrated it into its shell and is trying to do something for itself. Samsung also did not stay aside, in One UI decided not to deviate from the usual user management scheme. Therefore, by default, one user interface uses three navigation buttons: multitasking, exit to the main screen, and retreat.

But for those who want to get even more room to display apps on the screen, you can hide the navigation buttons. In this mode, they appear in thin strips at the bottom of the screen and instead of being pressed, they are activated by a bottom-up swipe. The use of such navigation is not difficult, but as far as I am concerned, it is not as convenient as the full-featured buttons.

The interface of the camera in One UI is almost completely rewritten. Now the user can switch between different modes by simply flipping the viewfinder screen to the left or right. In this case, there are only two buttons next to the shutter button, one opens the gallery and the other switches to the front camera. The video capture button only appears if you switch to the appropriate shooting mode.

Also, the shutter release key can no longer be used for scaling, but there is another option.

Now this button can be moved to any part of the viewfinder, which is very convenient if you hold the smartphone while shooting with one hand.

Programs in the popup window

If you've ever used Facebook Messenger on Android, you probably know about Chat Heads, a popup window where you can talk to other programs. Something like that in Samsung realizes in a UI, it works only for all applications.

If you select the appropriate setting, then an incoming notification, such as a Telegram, will display the program icon, and when pressed, it will open in a separate window on everything else.

Wake up smartphone while lifting

In previous versions of the Samsung interface to unlock the device by face or iris recognition, you first had to pick up the smartphone, then press the power button or the Home button and then just unlock the device.

In One UI, this can be easier, the smartphone automatically wakes up as soon as you start it.

When you take a picture on the screen, a small menu appears at the bottom of the screen to continue taking pictures, cropping, editing or sending.

You automatically change the brightness, screen-out, and multimedia sound settings

A user interface has an option that every time at midnight resets brightness, screen saver, and multimedia volume if the smartphone is not used at that time. This can be useful when a user reads or watches a movie before going to bed and adjusts the brightness and sound at a comfortable level, but he wants the brightness to be higher in the morning and the sound to be quieter.

The Samsung UI Keyboard is also updated, has the ability to adjust the size, and a new display mode where it is not fixed and can be moved to any part of the screen.

Reduce the intensity of the animation interface

One user interface has many animations, they are smooth and generally do not irritate, but the interface allows you to make transitions between menus and programs less noticeable.

The Always on screen mode allows you to display information such as time, date, and warning icons on the smartphone screen. At the same time, the date and time display design can be changed and these options are expanded into One UI.

First, there are more faces to watch, and secondly, now you can put your own GIF animation on the screensaver.

Another innovation in the new Samsung interface is the automatic shutdown of applications that have not been used in the last 30 days. These programs are not removed but blocked by the system and hidden from the menu. This is done to ensure that apps that the user has forgotten do not consume system resources in the background and do not affect battery charging.

Which Smartphones Will Get One UI?

Samsung is currently planning to refresh only the flags of the past two years, respectively. One UI has already begun receiving Galaxy Note9, Galaxy S9 and S9 +, and in February the update should arrive on Galaxy Note8, Galaxy S8 and S8 +. Unfortunately, there is still no information on whether the A-series and other Samsung devices will get the new interface, I think we will know more precisely this by March and April this year, which is about to release the firmware.

One UI is the largest update to Samsung's Android operating system interface and is quite successful. It has no radical and user-friendly changes; on the contrary, the company tried to simplify everything. But most importantly, it started to work faster, I tried to use it on both the Galaxy Note9 and the Galaxy S9 + released at the beginning of last year, and there is no difference in the speed of the interface between them. For Samsung, it is generally unrealistic to update past flags before launching new ones, but the company seems to have decided that it would be better to promote a UI. However, it is an opportunity for users to upgrade their devices and gain new positive experience.