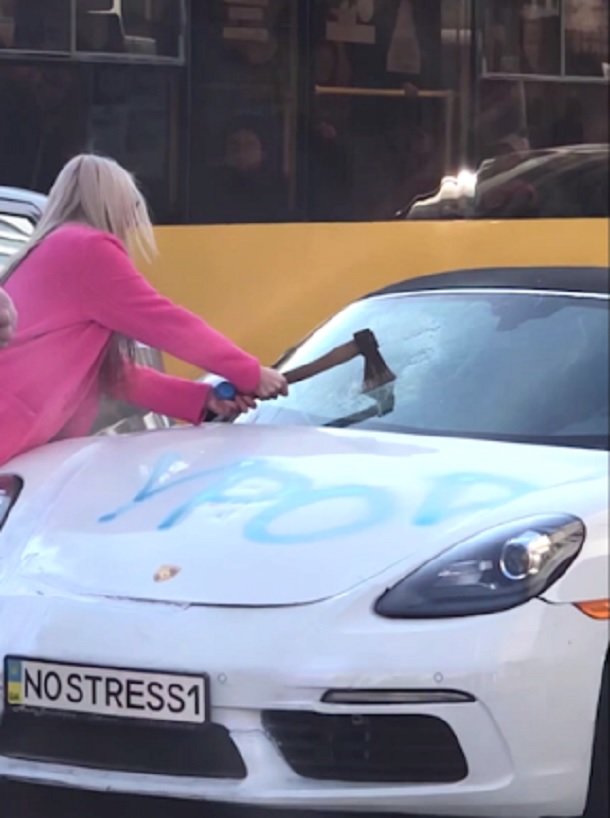 The defeat of the Porsche sports car in the center of Kiev turned out to be a staged performance. Cadre, when the girl damaged the car, was used for a new track from the music project named NO STRESS MDZ actress.

The artist himself did not comment on this issue.

As we reported earlier, the video was also hosted on Facebook by singer Tonya Matvienko. In the frame can be seen on the road Shota Rustaveli in the middle of Kiev girls in pink coats written with inscriptions the elite Porsche Boxster car, hacked with a bumper ax and windshield worth more than two million hryvnia. After that, he entered the car parked nearby and quietly left.

As noted by the police, to them No one has filed for property damage, because there is no process open no. However, when the story received extensive resonance, law enforcement officials checked the surveillance camera footage to find out the details of what had happened.

We also added that on the official Porsche website, the brand of the car sold for more than 2 million hryvnia.