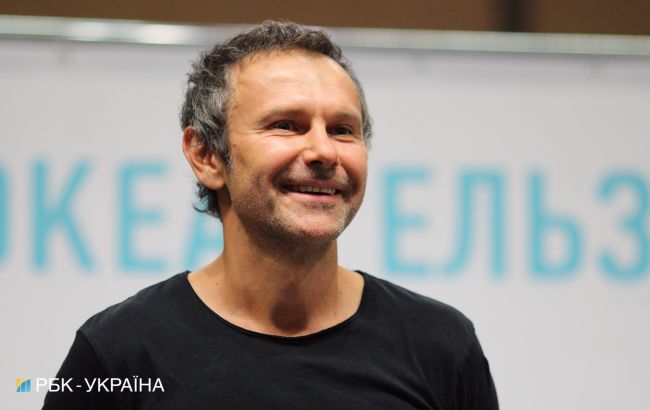 Consumers have responded to the political ambitions of the musician with such funny pictures.

Musician and publicist Svetoslav Vakarchuk, who said he would not run for election this year, sparked a heated discussion on the web. In addition, the leader of the group "Ocean Elzy" netizens made many funny photojabs, related to his political career.

The jewelery photocopies appeared after Vacukucuk said he is now in jeans to do more for the country than if he wore a tie.

Recall that the leader of the group "Ocean Elzy" said about his political intentions during his visit to the Ukrainian Institute in London. At the same time, network users were divided into those who supported Vacarucchuk and those who opposed his political ambitions.

Earlier it was reported that Vacarchuk responded to the autoskeleton tomos. The musician admitted that receiving tomos for the Orthodox Church in Ukraine was a historic event with far-reaching consequences.

We also announced that Vacarucuk talked about his US stay and education at Stanford University.