The developer has suggested Ethereum Classic be a base chain for Ethereum. 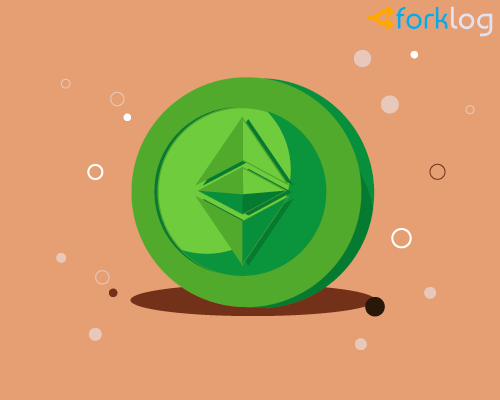 The well-known developer of the ETCDEV team, Donald McIntyre, said that Ethereum Classic's mutual integration with Ethereum will create a truly safe and efficient block. He talks about this in an interview with CryptoGlobe.

"ETH can be seen as a sports car, and ETC as an armored vehicle. ETH means scaling and performance, and ETC means high cost and security. "– he stressed.

McIntyre added that Ethereum Classic and Ethereum cover different strands in the block industry, but combining the capabilities of the two ecosystems will allow them to compete in future with alternative projects – EOS, Tezos and Cardano.

So, according to him, if Ethereum is committed to scaling and processing a large number of transactions, Ethereum Classic can act as a "highly secure base chain" to ensure the security of the first.

McIntyre noted that after Ethereum's final transition to the "Proof of Bet" consensus algorithm, Ethereum Classic will remain the "only block of flat monetary policy" [помимо биткоина],

"This is an extremely valuable niche in the industry and its value will only increase over the next few years."

The developer also criticized the statement by EOS founder Dan Larrym for the superiority of the consensus algorithm of delegated evidence to existing partners. According to him, distributed registers like EOS are not complete blockers, but only mimic the consensus and security existing in the Bitcoin network and Ethereum Classic.

Thus, he says, centralized systems such as EOS are overwhelmed by bureaucracy and even lose AWS, Microsoft Azure, IBM Cloud, and Google Cloud products where security is mediated.

McIntyre is certain that in a few years the ecosystem of cryptoblock protocols will result in the separation of the base layer and the superstructure. The task of the first is to provide security to the detriment of speed and low transaction fees. However, the superstructures over the base layer [Lightning Network, Plasma, Raiden, Liquid и другие] will solve these problems.

"If Ethereum, EOS, Cardano, Tezos and other PoS networks recognize their true nature, they will no longer compete at a basic level and agree to be a second layer"McIntyre said.

Recall that ETCDEV's development team fell apart due to funding problems in late 2018.