The Russian attack on the Ukrainian ships, the fate of the sailors became known 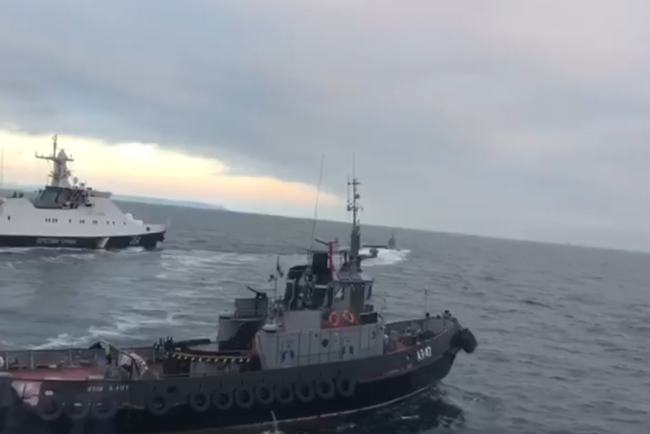 According to the Russian ombudsman, Ukrainian sailors are in the hospital occupied by the Russian kerch

Three Ukrainian sailors captured in the Azov Sea are in the Kerch hospital in the occupied Crimea. This was announced in Facebook by the representative of the Verkhovna Rada for Human Rights Lyudmila Denisova regarding the information of Russian ombudsman Tatiana Moskalkova,

"There is information about the situation of the Ukrainian sailors detained in the Azov Sea, just talking again with the Russian ombudsman Tatiana Moskalkova, who told us that our sailors are in the city of Kerch (occupied Crimea – Ed.) A survey by the border police investigator of the FSB of the Russian Federation ", – she writes.

According to Denisova, three Ukrainian sailors are in hospital No. 1 in Kerch.

"My condition was judged to be unfair, and Mosquito assured me that all the necessary help had been given to them and that there was no danger to life." the Ukrainian Ombudsman said.

During the NSRF meeting, on the night of 25-26 November, a decision was taken to impose a martial law in Ukraine due to the actions of the Russian Federation in the Azov Sea. In a military situation it is proposed to enter 60 days. The introduction of a military situation was supported by the President of Ukraine Petro Poroshenko. Verkhovna Rada chairman Andriy Parbi said he was calling an extraordinary plenary session of parliament to address this issue on Monday at 4 pm

Read more about the development of the Azov Sea on the website Today:Russia's attack on Ukrainian ships in the Azov Sea: a chronicle of events online".

You are currently viewing the news "Russia's attack on the Azov Sea: the fate of the Ukrainian sailors became known." In other news from the Crimea, see the "Latest News"