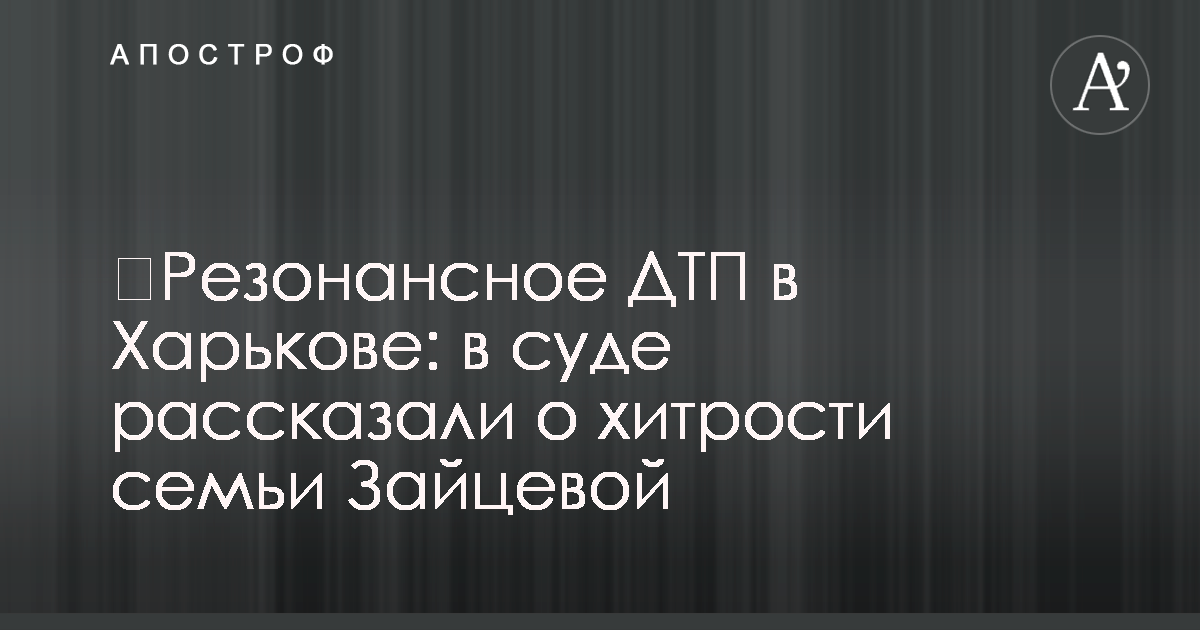 Lost a terrible accident in the center of Kharkov daughter Igor Berchenko, said the Zaitseva family had transferred money after the girl's death. He called that act a "little trick".

According to Man, Zaitseva's claims that no one can find his family are false because they were in the hospital for emergency and emergency help. At the same time, the family of the accused provide help only when his daughter has already died.

"If a girl has such a serious condition, she was given such drugs, how were her rights given?", Berchenko is also outraged.

The victim said at the same time that his husband, along with a lawyer, went to Tatyana Ivanova (the mother of Alena Zaitseva) and asked for the account number and then returned all the money. Victims' representative Larissa Matveeva expressed a similar stance – in her view, charitable help should not be seen as a mitigating circumstance.

Protection Zaitseva, in turn, asked to join the case of the health certificate of the girl. According to their data, doctors have diagnosed vascular-vascular dystonia, heart valve prolapse, and post-traumatic encephalopathy. In addition, lawyer Julia Koser insisted on including 600 000 bracelet support and screen shots for the sale of the Dronov vehicle.

The court partially gave petitions to the Lexus driver's representatives – in particular, he attached to the case some extracts from medical history, as well as Yuriy Nedjacin's and Jana Vlasenko's wife's wages for declining claims. At the same time, Judge Victor Popras did not include the screenshot of Gennady Dronov's announcement of the sale of the car.

The next meeting should be held on November 27th at 2:00 pm, at which the court should question the latest expert on photo testimony, Julia Nosthenko, who is already on sick leave.

As reported by "Apostrof," a lawyer of the chief man in a remarkable traffic accident in Kharkov on Sumy Street Elena Zaitseva, Eugene Melnichenko discouraged cynicism in the net.