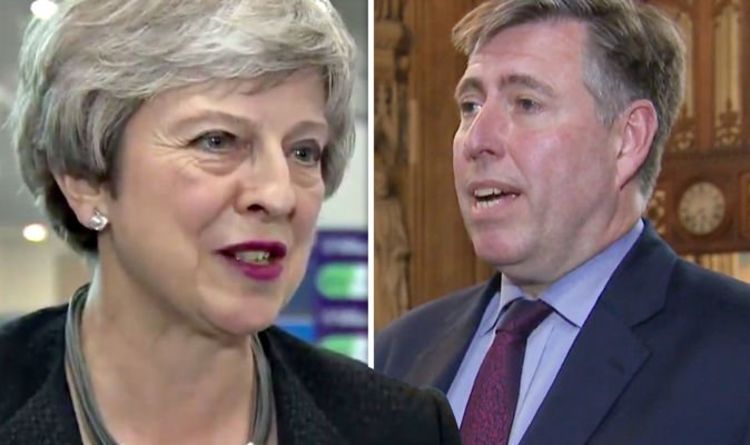 The 1922 Conservative Party Steering Committee met this week and asked the Prime Minister to set a "road map" on when it should withdraw if the deal on Brexit is again rejected by lawmakers. In order to seek support for her withdrawal agreement last month, Ms. May told her own MPs that she would withdraw as a leader if her deal was accepted in the City Council. But the Conservative Party Committee of 1922 on Wednesday called on Maya to "clarify" her future in "other circumstances."

ITV reporter yesterday asked the Prime Minister: "In the light of the 1922 decision, will you set a date for our departure?"

Theresa May replied: "Of course I listen to the party, what many people in the party say to me and what many of the public tell me is actually that they want us to focus on Brexit's performance. That's what I do.

The ITV reporter responded quickly, saying, "Is not that then?"

Ms. May has simply reiterated that she "focuses on providing Brexit."

She said, "Of course, I listen to my party, but what I hear from people and what I hear especially from people on the doorstep is that they want to get up and deliver Brexit.

On Wednesday, the prime minister was put under pressure after the 1922 Conservative Party Executive Committee asked Ms. May to present a "roadmap" when she would retire as a leader.

Speaking of Sky News, President Sir Graham Brady said: "The solution was first of all that we decided that there should be no change in the rule to abolish the 12-month grace period during which it can not be held second vote of confidence.

"We also have to remind our colleagues that they are always available to write to me as Chairman of the 1922 Committee that raises concerns or exposes their thoughts, including concerns about party leadership, and that the power of opinion would to be handed over by the head of the party if they decide to do so.

"Thirdly, we found that after a decision by the Prime Minister a few weeks ago to set a clear timetable for leaving as party leader in the event of the withdrawal agreement, we would seek similar clarity in other circumstances."

He added, "I think the 1922 executive on behalf of the conservative party in Parliament wants a clear roadmap ahead."

Under the current rules of the party, MEPs can not cope with the challenge of a new leadership within 12 months after the failed attempt last December.

On Tuesday, Joint Executive Secretary and Conservative Member for Ribe Valley, Nigel Evans, has publicly urged Ms. May to go "as soon as possible".

Negotiations between the government and the Labor Party were resumed this week to try to surrender Brexit. The prime minister said the talks were "serious," but the government had difficulty in negotiating the talks.