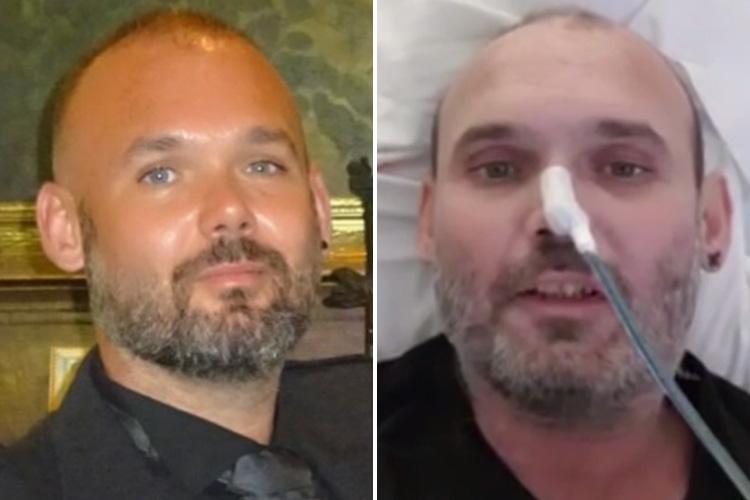 A British man who was stranded in Madagascar on vacation – celebrating the end of his chemotherapy treatment – had died.

Jon Paul was flown to a medical facility on Reunion Island last month, where he was told that stage four colon cancer had returned.

Desperate to bring him back to South Lanarkshire, Scotland, Jon Paul's friends began raising funds for air ambulances, and treatment abroad to stop his health deteriorating for a while.

He was set to fly back on Saturday, because the group had raised more than £ 25k from their £ 35k target on Saturday, but he died last night.

Announcing his death, a statement on the JustGiving page read: "Jon Paul fought hard against this terrible disease for nine long months and now he is at peace.

"He is a legend that will live forever in our memories and in our hearts. We are very close to bringing JP home.

"Medical repatriation services have been arranged to fly it on Saturday before his health deteriorates rapidly.

"Unfortunately, this is a non-refundable fee. Jon Paul and all those he loves have been truly overwhelmed and touched by the generosity and support of everyone and cannot thank you all enough.

"We are now doing everything we can to bring JP home to send Scotland home which is worth receiving.

"Further donations to help with this and the huge medical costs that unfortunately have occurred, will be highly valued by all of us."

Made to have sex with dogs & eat their own testicles: Men killed by the English school

Goat gave birth to a creature 'half pig half human & # 39; which triggered fear that it was condemned

The full cost of hospital care is not included, although Reunion is part of France.

The funds collected are now used to give Jon Paul "sending off he deserves".

Remote Reunion, which is located east of Madagascar in the Indian Ocean, is more than 6,000 miles away from a couple's home in Glasgow.

The island has only a population of around 840,000 people.