International Space Station (ISS) partners are making progress, but they are still waiting for a complete deorbit plan for the orbital outpost to be used in the event of a contingency event or eventual End of Life scenario. The plan is being led by Roscosmos, which is expected to call for at least two Progress vehicles to push the Station out of orbit for a controlled destructive re-entry.

Although the effort is moving forward, NASA's safety advisory panel – a long-time advocate of having an "ISS Deorbit Strategy and Contingency Action Plan" in place – noted the finalization of the evaluations are making progress, but are proceeding slower than desired.

The ISS continues to be a jewel in humanity's space-faring crown and has many years of operational lifetime remaining. Currently, the expected lifetime will continue to be fully utilized by ISS partners until around 2028, assisted by additional commercial entities to take advantage of its capabilities.

However, it will – one day – come to the end of its life, be it through old age, when it suffers enough critical breakdowns that make it impossible for the host, or through a major accident resulting in contingency plans being put into effect.

The latter scenario is likely to be the main reason why the Aerospace Safety Advisory Panel (ASAP) has been pushing NASA to come up with a plan that would see the Station safely deorbited – a challenge in itself as it will be the largest "manmade" object to be sent to a destructive re-entry.

The nearest comparison to this event was the controlled re-entry of the MIR space station in 2001.

ISS partners – NASA and Roscosmos – conducted a bilateral Technical Interchange Meeting (TIM) in 2016 to refine the procedures related to disposal of the Station at the end of its service life, or in case of an emergency. The deorbit burn capability was expected to be available in 2017.

This calls for multiple docking vehicles firing in unison to push the Station to its fiery demise, revolving around a 2013 plan referenced by former ISS Program Manager Mike Suffredini to ASAP members – noting the contingency scenario would require a quick decision and approval to deorbit crippled Station, starting a 180 day window to set the stage for the End of Life (EOL) events.

"NASA now has a plan so that in the event the station must be evacuated, there will be a 14-day period in which to make a decision on whether or not to bring the ISS down," noted Mr. Suffredini at the time. "The program is setting the contingency plan in place, although there is still a lot of work to be done."

That initial plan called for a period of 180 days to allow the Station to decay its path towards the deorbit altitude.

During this period, Russia will launch two Russian Progress vehicles to autonomously transfer propellant to the Service Module thrusters and prepare themselves to provide additional deorbit propulsion. Later plans appeared to call for the addition of a Soyuz also helping with the deorbit burns. 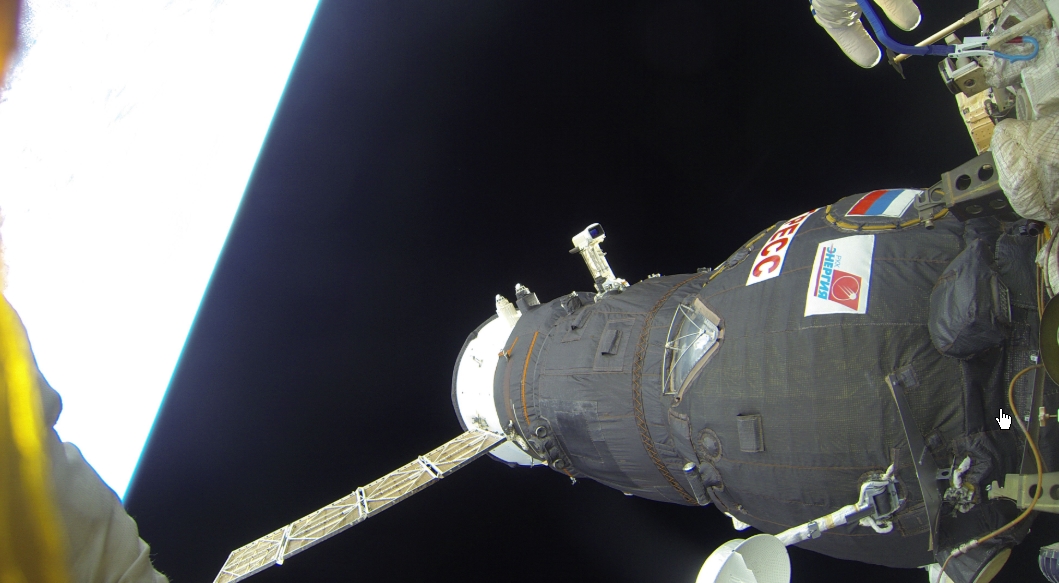 A Russian Progress vehicle docked to the ISS – via Roscosmos

With the ASAP pushing for a refined plan, both US and Russian space agencies created a co-written "Strategy Document" and a "Contingency Action Plan", with the goal of signing a multilateral agreement on EOL strategy.

The reason for the plan is to estimate the footprint size of the debris field, which will be better known for the final burn of Delta-v parameters. The aim is to 'minimize' the potential of surviving debris impacting populated areas.

Additional work has also been cited on the requirement of attitude thrust control estimates, given that attitude control will be a key player in the final moments of ISS 'life.

"With regard to the ISS Deorbit Strategy and Contingency Action Plan, NASA has received and is continuing to evaluate the information from Roscosmos and is requesting an International Partner concurrent with existing documentation through the Cosmos Change Request Review System," noted the ASAP in the Annual Report was published this week.

"Although the progress has been slower than expected, the effort is definitely moving forward, and the Panel is encouraged by the progress being made," the panel added.

Providing the ISS does not suffer from a critical event requiring a premature deorbit, ASAP also spoke about the nominal timeline of operation for the Station.

"Currently, there is considerable debate on what ISS lifetime should be and how to transition to a different platform to provide a persistent LEO presence. There is a general agreement that the US has an ongoing need for capabilities in LEO and that there should be no "gap" in capabilities after ISS is no longer available. NASA is currently seeking ideas from industry on what specific capabilities are appropriate for post-ISS. "

This will be a key factor in Station's longevity, not least from a funding standpoint, but also in allowing the orbital capability to continue its associated role in NASA's goal of moving more resources into deep space exploration – including another – smaller – "station" via the "Lunar Gateway" proposal. 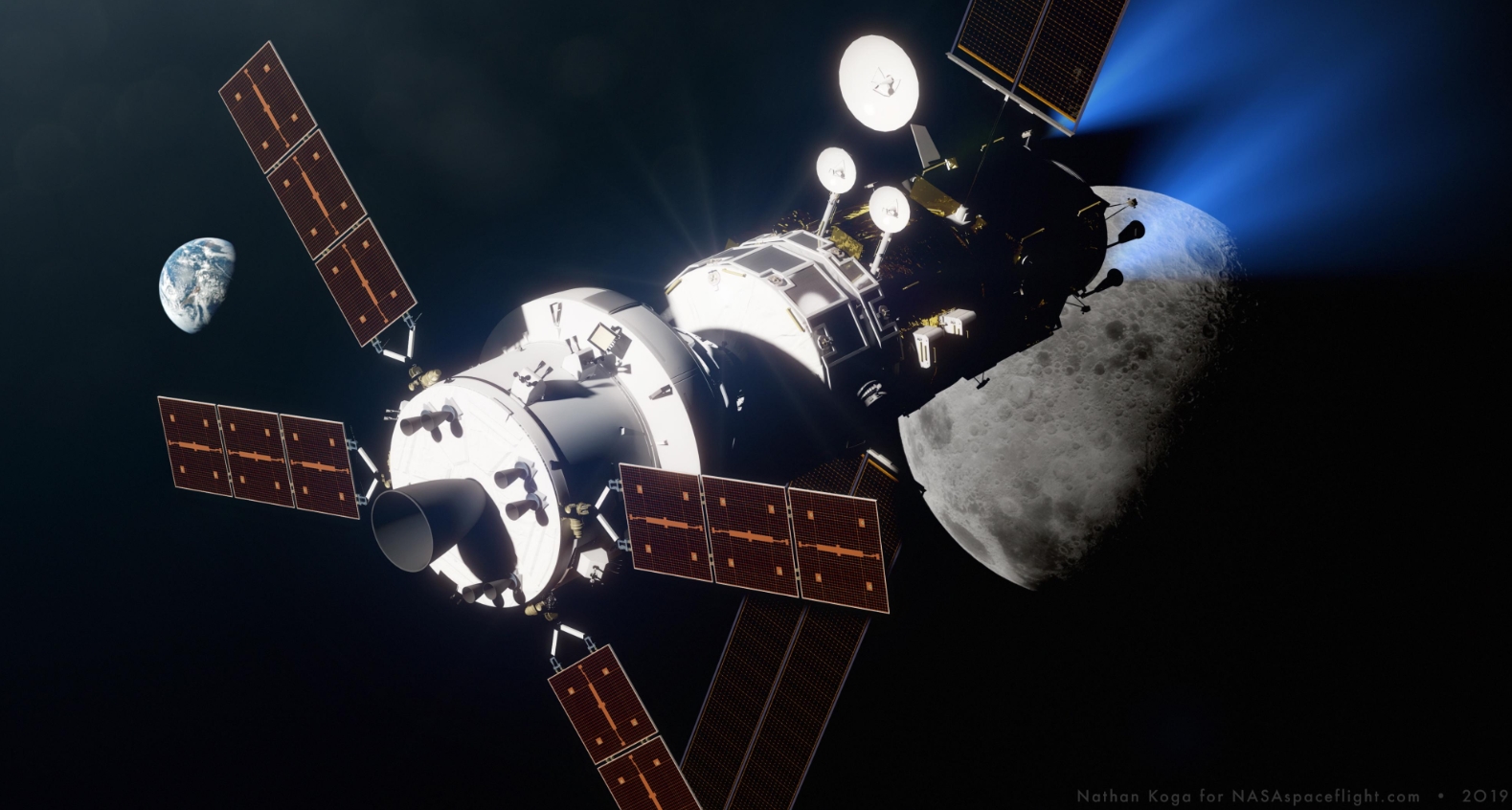 "Recognizing that there are many different views on what LEO should look like, the Panel sees a continuing need for NASA presence in LEO to conduct operations that would reduce the risk for future space exploration. The maintenance of appropriate expertise will also be key, "added the panel.

"Turning LEO over to the commercial sector would seem to be a reasonable next step, allowing NASA to focus on deep-space exploration. This approach would also provide a market for commercial entities to sell services.

"Integral to the development of this plan will be the need to understand what ISS research needs to be accomplished before Moon and Mars operations, both in human health and in system reliability."

The Moon is increasingly becoming the focal point for NASA's human missions beyond the Low Earth Orbit, both through the Lunar Orbital Platform (Gateway) (LOP-G) Gateway, in the lunar orbit and the potential of a lunar base facilitated by the additional efforts to add commercial lunar landers to the forward plan.