Meghan Markle SHOCK: The Royal Baby, which will debut on Vogue Cover, and the queen will be furious Royal | News 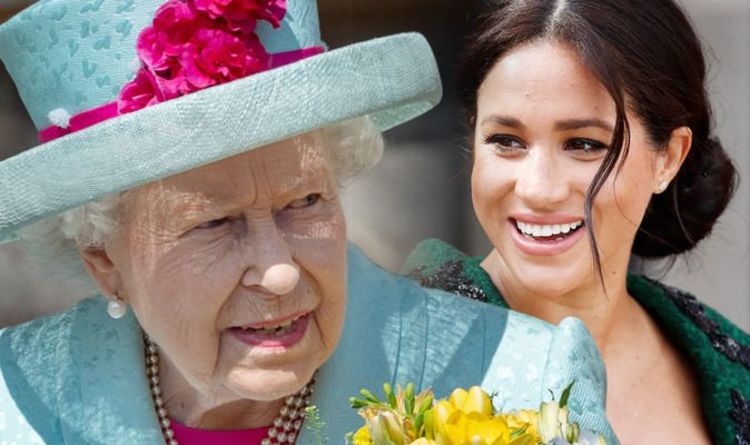 Megan Mark is expected to give birth everyday, and royal fans are disappointed with the news that Megan and Harry will not post for pictures of hospital steps after the baby's birth. But the new reports suggest that fans will be able to see the newborn, as it will debut the Vogue's cover child when it's ready. It is said that the queen is deeply opposed to the idea and is "fierce" that she has understood the plans only through royal assistants.

She chose not to be born in the wing of Lindo at the hospital "St. Mary of Paddington, where royal women have chosen to give birth in the last four decades.

Megan is also said to have ignored the traditional photocolumn procedure at the hospital where Kate and Prince William most recently posed for pictures of their third child, Prince Louis, last April.

But according to the latest reports, Megan wants to have a "big time out of the Hollywood show business" by hosting an exclusive photo session at home with her and the baby.

An inner told a new one! "Megan is determined to do everything for her birth differently from what is normally expected of the royal, and unfortunately creates a great deal of tension between her and the palace."

Saying he thinks he is "the one who has to shoot the blows," the inner man said there was "nothing of this" when it comes to the courtiers' advice and the "queen itself."

The source added: "Instead, she is in talks with Vogue to make an exclusive photo session with her and the baby when she's ready for a close-up and wants to make it a big moment in Hollywood showbusiness."

The former actress of Sweets has already prepared her head-to-head in standby mode, she said.

But the plans for such a public disclosure of the royal baby have said they have caused tension in the royal household.

The interior has added: "She has made her team of stylists and makeup artist help them.

"The palace is furious, because he has understood only her plans through royal assistants.

However, a duchess's representative called the claims "definitely untrue" and insisted that there were "no plans for a photo session with Vogue."

Earlier this month, Kensington Palace issued a statement saying that Megan and Harry had made a "personal decision to keep their plans around the arrival of their baby."

The statement also says: "The Duke and Duchess are eager to share the exciting news with everyone after having had the opportunity to celebrate privately as a new family."