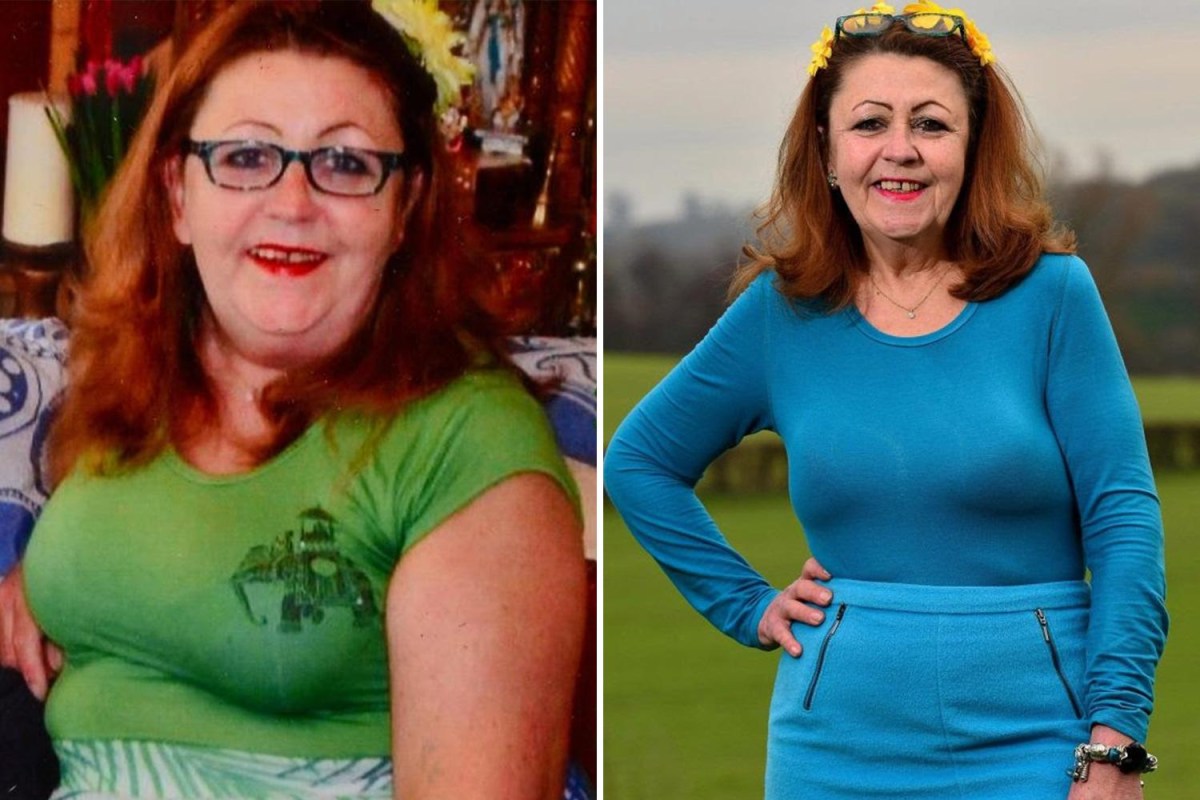 A woman disfigured four stones and found a lump on her chest that was hidden from flat plates.

The 60-year-old florist, from Herefordshire, has discovered that she has consumed over 3,000 calories a day.

It grew over the pounds when it stuck to the gums and biscuits, and every night it was rushing into cheese and biscuits.

Yang decides to go on a diet after being horrified by pictures of himself after a weekend with friends.

After joining Slimming World in 2016, she lost two stones for three months.

But one morning in the shower she noticed a lump of grape thickness on her right breast.

When she went to the doctors, she was diagnosed with cancer.

She said, "Tumor was there for a long time, but I had never noticed it because it was beneath the layers of fat.

"As soon as I lose my weight, it was visible. I strongly believe that if I was not on a diet, I would not be here today.

Jan has been subjected to chemotherapy and has surgery to remove the cancerous tumor.

Since everything is clear, it has now dropped below the 10th and is now 10-foot.

From her last lifestyle, she added, "I ate whole packs of biscuits and wreaths, and I have cream in every meal.

"I would eat a whole block of cheese at once, but after a diet I lost weight very quickly."

Referring to the moment he found a lump, Jan explained: "When I started to lose weight, I found a lump in my right breast that was grape-sized.

January 26: You see people as they really are and relationships are real

BASIS OF THE FACTS

– I went to the doctors and turned out to be a very aggressive breast tumor.

The oncologist said that if you have not lost your weight, you may not have lived because it was hidden in fat – losing weight has saved my life. "In December 2016, I had lumpectomy to remove the tumor, but I did not have a reconstructive surgery because things are the way they are.

"I had to do extensive radiotherapy from January to March 2017 and get medication over the next five years."

Earlier today, we told you how surviving breast cancer was boasting after she had chosen a near-certain death when she decided not to interrupt her baby when her nausea returned during her pregnancy.

The brave survivor of breast cancer chose almost certain death, so she did not have to interrupt her baby when she returned during pregnancy