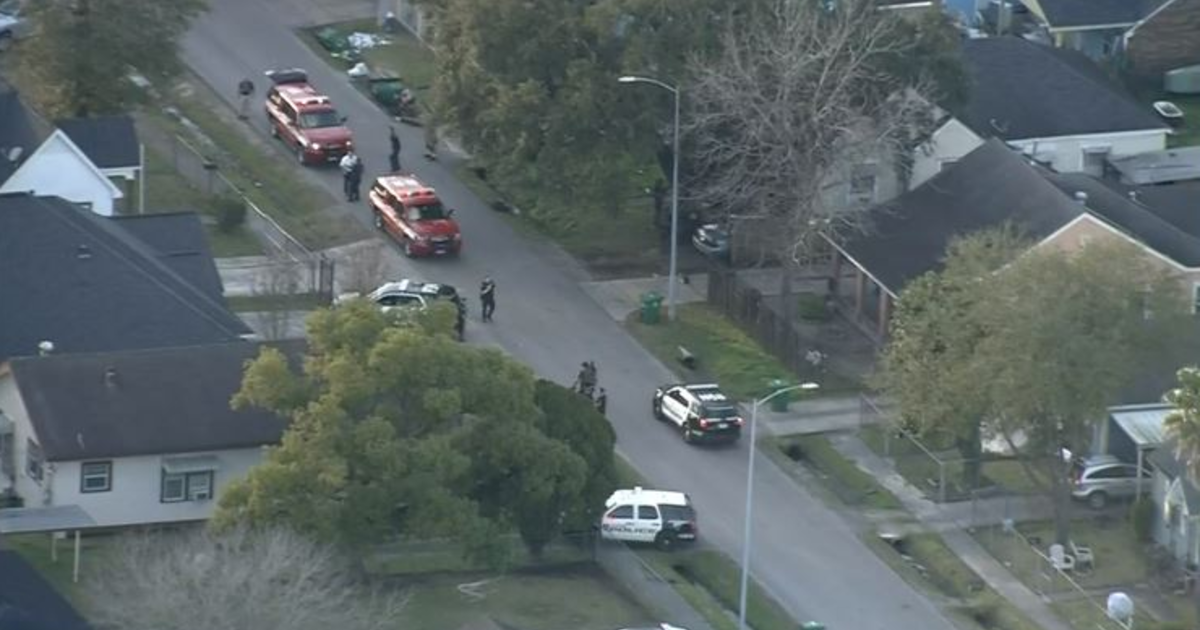 CBSNews.com is streaming live on the news from CBS affiliate KHOU-TV in a video player above. Click the play button to watch the latest updates.

The Houston Police Department responded to shooting in southeastern Houston, where several police officers were injured on Monday night when they were serving a warrant. The police confirmed that five police officers were hit and forced to go to local hospitals. One suspect is dead, and the police are looking for two other suspects who are barricaded at a residence.

"Please avoid the area and go back to emergency vehicles," the police were writing,

The suspect was elected, the mayor of Houston Sylvester Turner Shared on Twitter earlier.

KHOU-TV reported that four officers were transported by ambulance and the fifth was transported to a local hospital.

The station said the firing took place near Milby High School. Officials have asked residents to avoid the area.

It is not clear what led to the shooting. Special officers and federal agents – including Bureau of Alcohol, Tobacco, Firearms and Explosives in Houston (ATF) – have responded to the scene.

The police in Houston wrote all officers were transported to Herman Hospital / Medical Center. KHOU-TV said two officers were in critical condition; hit a third employee in the hand, the fourth strikes in the shoulder and a fifth hit the face.

Greg About issued a statement on Monday night, highlighting "employees and victims" every day:

"The terrible attack of the police tonight is a solemn reminder of the service and the sacrifice of our brave men and women in law enforcement every day to keep us safe. I want all Texans to join Cecilia and me in praying for the wounded officers and for the constant safety of all law enforcement officers who protect our communities.

This is a great story. Please check again for the latest updates.