A student at the University of Vermont is found dead in the snow after apparently being abridged, police say 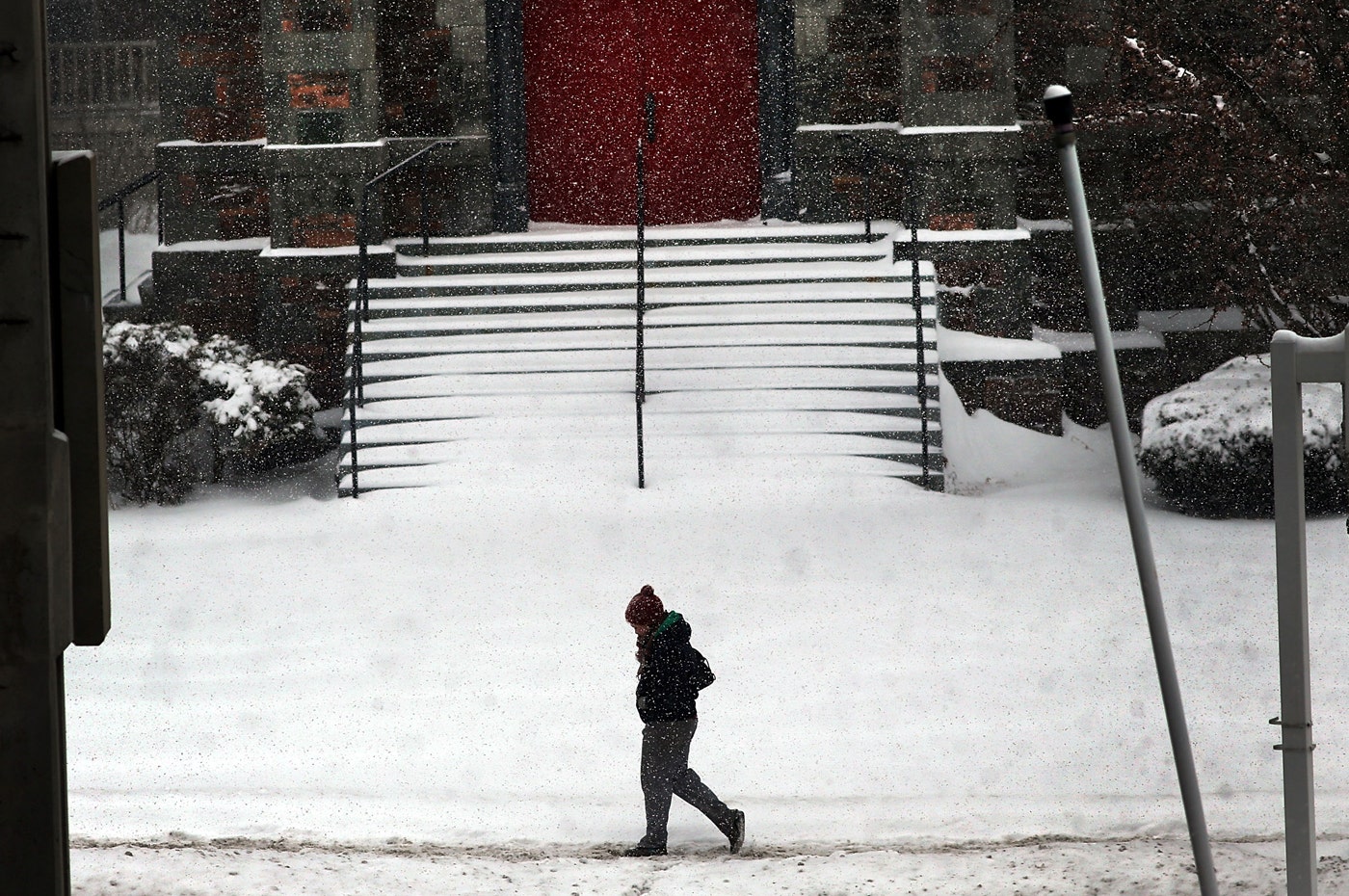 A 19-year-old student from the University of Vermont has been found dead in the snow on Saturday on one of Granda's coldest days in decades, becoming the second student to die a week in cold temperatures.

Burlington Police Department said in a press release that the authorities responded to a Burlington business at about 10:48 am to a report on "an insensitive man lying in the back of a business parking lot."

The first respondents tried to "revive" the 19-year-old "without success" and declared him dead at the site.

"Our initial investigation does not show signs of a fake game," Burlington police told Twitter.

The student, who has not yet been identified, apparently cut off the parking lot during the early morning hours on Saturday when he was stopped by a fence.

A student at the University of Vermont was found dead in the snow behind a business after he had taken an obvious shortcut and was stopped by a fence.
(Spencer Platt / Getty Images)

At that time the temperature is between minus 1 degree and negative 4 degrees.

Burlington's National Meteorological Service said the temperature had fallen to minus 5 degrees on Saturday, the coldest Earth Day of 1993 when it reached a negative 8 degrees.

The Burlington police said bitter cold, along with "timeless clothes", are believed to have contributed to the death of a man.

"Our investigation continues with regard to the condition of the man and his whereabouts in the hours before his death," the police said.

UNIVERSITY THE IOWA PARTICIPANTS DEATH ON THE POLAR WORTEX

Deputy Chief Murad told Burlington Free Press that investigators could not confirm or deny the influence of alcohol or drugs at that time and that an autopsy was ordered.

The student's identification is awaiting notification to the family, according to the police. The University of Vermont offers consulting services to those affected after the student's name was released.

Death in Vermont comes less than a week after a student at the Iowa University found frozen behind an academic building in the University of Iowa during the polar vortex attack.

18-year-old Gerald Belts was found just before 3 am on Wednesday. The disciple, who was a medical practitioner, was taken to a hospital where he later died.

Police have not dismissed the cause of death, but believes that cold temperatures play an important role, said FOX28 Cedar Rapids. According to the study of the National Meteorological Department during the police intervention, Bels was minus 51 degrees.

Michael's father, Bels, told CBS2 / FOX 28 that the authorities had told them that "zero alcohol was found in his system."

Stephen Soracec contributed to this report.