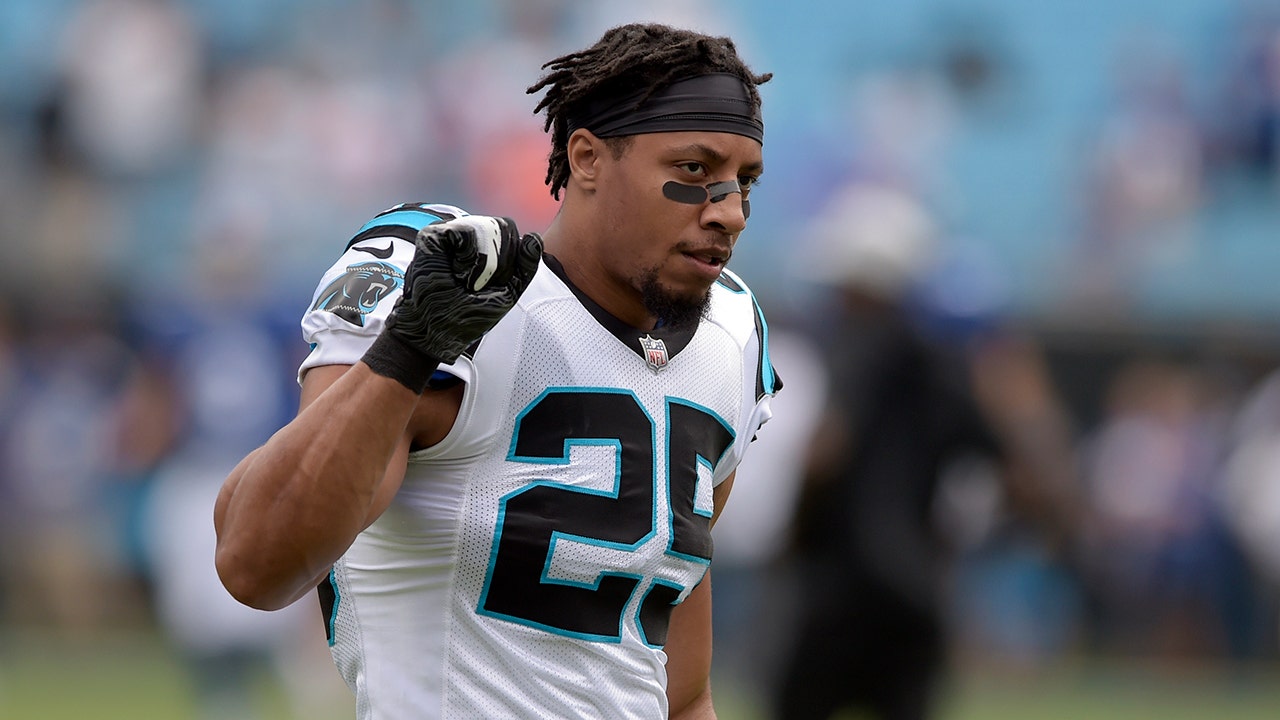 Carolina Panthers' safety Eric Reid slammed rapper Jay-Z as "despicable" Friday night after rumors swirled that former NFL quarterback supporter Colin Kaepernick would be part-owner of an NFL team, adding that the Roc Nation founder had no grounds to suggest that players were “past kneeling” during the national anthem.

Following a preseason game against the Buffalo Bills, Reid continued to blast the music mogul's newly announced partnership with the league aimed at boosting "community through music and the NFL's Inspire Change initiative."

Reid, who was Kaepernick's first teammate to kneel during the national anthem in the 2016 season, was addressing a recent TMZ report that claimed Jay-Z is set to have a "significant ownership interest" in a team "in the near future. "

“Jay-Z claimed to be a supporter of Colin, wore his jersey, told people not to perform at the Superbowl because of the treatment that the NFL did to Colin and now said going to be a part owner? “Kind of despicable,” he told reporters inside the locker room.

Reid initially took issue with a partnership on Twitter where he questioned the timing of the announcement because of recent controversy over Miami Dolphins owner Stephen Ross hosting a fundraiser for President Trump.

He accused the NFL in a tweet Thursday of getting to "hide behind his (Jay-Z's) black face" to cover up "blackballing" Kaepernick.

He doubled down on this sentiment Friday night: “For Jay- Z to come in and partner to address social justice, get it behind Colin's back, get paid to do it and now he has a stake in an NFL team is just, I don 't have words.'

Reid also took issue with remarks Jay-Z made during a press conference with NFL commissioner Roger Goodell where he said he "moved past kneeling" during the national anthem.

“When has Jay-Z ever taken a knee to come out and tell us past past kneeling? Yes, you have done a lot of great work, a lot of great social justice work, but for you to get paid to go to an NFL press conference and say that it would be past kneeling, again, asinine. ”

Reid and Kaepernick filed a grievance against the NFL stating that owners were “blackballing” them because they decided to kneel during the national anthem. Reid signed with the Panthers in the middle of last season and the grievance was settled in February.

The Panthers went on to lose Friday's preseason game against the Bills 27 -14. They will go on to play the New England Patriots Thursday night.