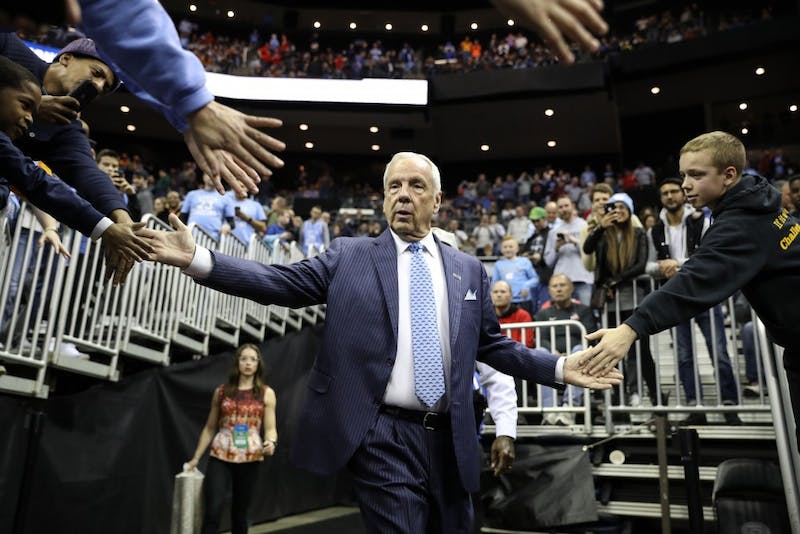 Harris initially committed to Virginia Tech on November 19, 2018, but his plans changed after chief coach Buzz Williams left for Texas A & M. On April 4, Harris announced he would open his Twitter post.

"Congratulations to Coach Buzz for his new position," Harris said. "Though I still think about Virginia Tech to fully appreciate all my options, I decided to resume my recruitment."

The 6-foot-3, 180-pound guard from Fairfax, Virginia, is number 65, which is compiled in the 247 sports and combined class guards charts. As the Catholic High School of Paul VI, Harris missed most of the season after knocking down his left ACL on December 1 in a victory over the St. Francis Academy.

Harris plays with colleagues from UNC Armando Bakot Jr., from Nike's team based in Washington, where he won the Nike Peach Jam last summer. Harris received 8.2 points and 2.5 assists, and it was a threat from outside, hitting 21 out of 48 3 points.

UNC already has four engagements for the 2019-2020 season, and the class is ranked 6th in the 247 sports. Anthony and Bakot are both five-star recruits and protector Jeremy Francis is a three-star rookie from Pickington, Ohio.

The three guards from the first year will join the crowded rear of North Carolina, which includes the rising adults Sedma Woods and Brandon Robinson and Jr. Andrew Plateck.