From the middle of the semester, Trump has spent almost 60% of his planned time in unstructured "executive time". 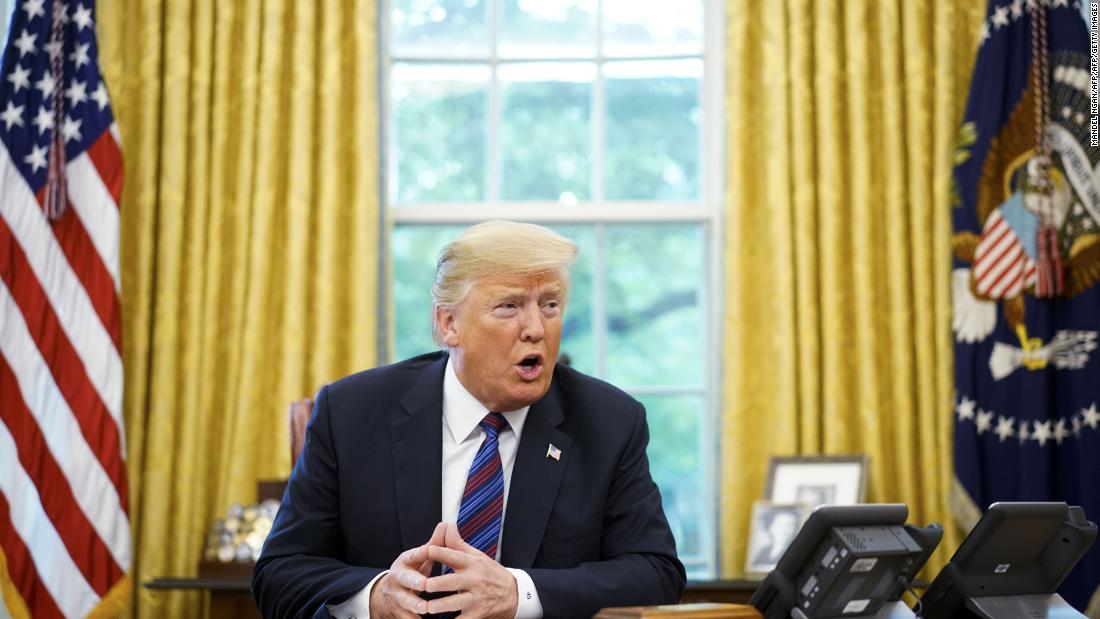 Axios quoted 51 private graphics provided by an unnamed source at the White House, which included "almost every working day after the interim deadlines." During this time, the president spent 297 hours in the "executive time", a period of time he used to watch TV, make phone calls, and hold meetings.

According to Axios, the same schedules have revealed that the president "had about 77 hours scheduled for meetings, including policy planning, legislative strategy and video recordings."

"He always calls people, talks to people," said White House senior servant at Axios. "He's always ready to do something, it's just not what you would think of as a typical structure."

Noting that the private timetables she had received did not include all the meetings of the president after the deadlines, Axios said some meetings were referred to as "executive time" to be hidden by West Wing staff members for fear from any leaks.

In one such case, a detailed schedule that Axios has received lists an interview Trump had last week with The Daily Caller, while a private, more available schedule contains an alternative "media engagement" in the same slot.

The department also said that according to the timetables he received, the day after the deadlines, Trump's schedule contained a 30-minute meeting with the then Chief of Staff John Kelly and more than seven hours of "execution time."

Last year CNN reported that the president, whose day begins at 5:30, often spends most of his morning in the yellow oval room at the White House residence where he reviewed the headlines of The New York Times, Washington. Post and Washington Times as "Fox & Friends" played in the background.

On some morning, Trump would call selected employees at the residence to meet him, including Kelly, Ivanka Trump and former Hope Hicks communications director.

As the day approached at 12 o'clock, the President would finish his time at the residence, and then travel to the West Wing for a day of meetings, briefings, and telephone conversations.

The White House did not respond to CNN's request to comment on the report. In a statement by Axios, White House Press Secretary Sarah Sanders said: "President Trump has a different management style than his predecessors and the results speak for themselves."

Madeleine Westerhout, director of operations at the Oval Office, has shaken the leak of White House schedules, tweets On Sunday, "What a disgraceful breach of confidence to run schedules. What they do not show are hundreds of calls and appointments. T

Catell Collins and Kate Sullivan contributed to this report.