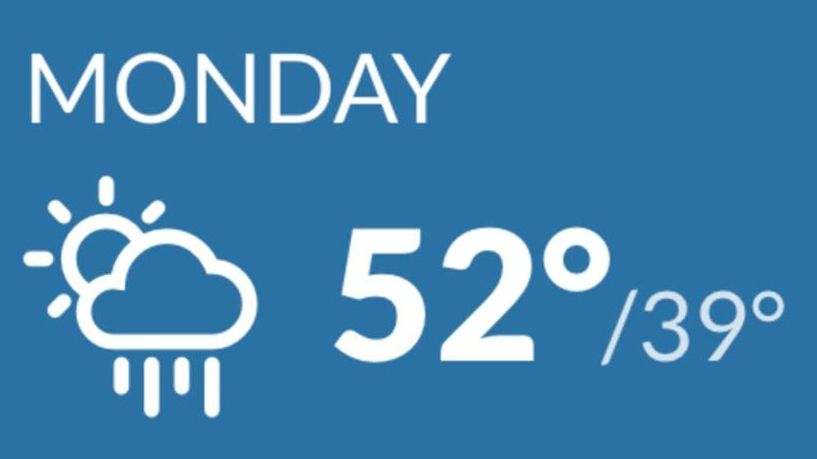 The workweek starts out with another round of rain on Monday, expectations for coastal flooding, windy conditions and a soggy evening commute, forecasters say.

Look for rain to get rolling from around 1 to 3 pm on Long Island, becoming moderate to heavy for commute time, and wrapping up around midnight, said Brian Ciemnecki, a National Weather Service meteorologist in Upton.

The island is expected to see about an inch of rain, locally higher, leading to ponding on some roadways, he said.

Temperatures for the day are forecast to rise to the low 50s.

A coastal flood warning is in effect for Nassau County's South Shore and areas along the western Long Island Sound. A coastal flood advisory is in place for vulnerable locations along the rest of the island's shores.

Eastern Suffolk can expect winds from 20 to 30 mph, gusting to 50 mph, according to a wind advisory issued for 6 pm. Monday to 1 a.m. Tuesday.

Get the Breaking News newsletter!

Get the latest news as it happens.

Then, "Most of the week will be dry and the temperatures will remain below normal," said News 12 Long Island meteorologist Rich Hoffman.

Both Tuesday and Wednesday are expected to be breezy, dry, with some sun and clouds, and highs in the lower 40s.