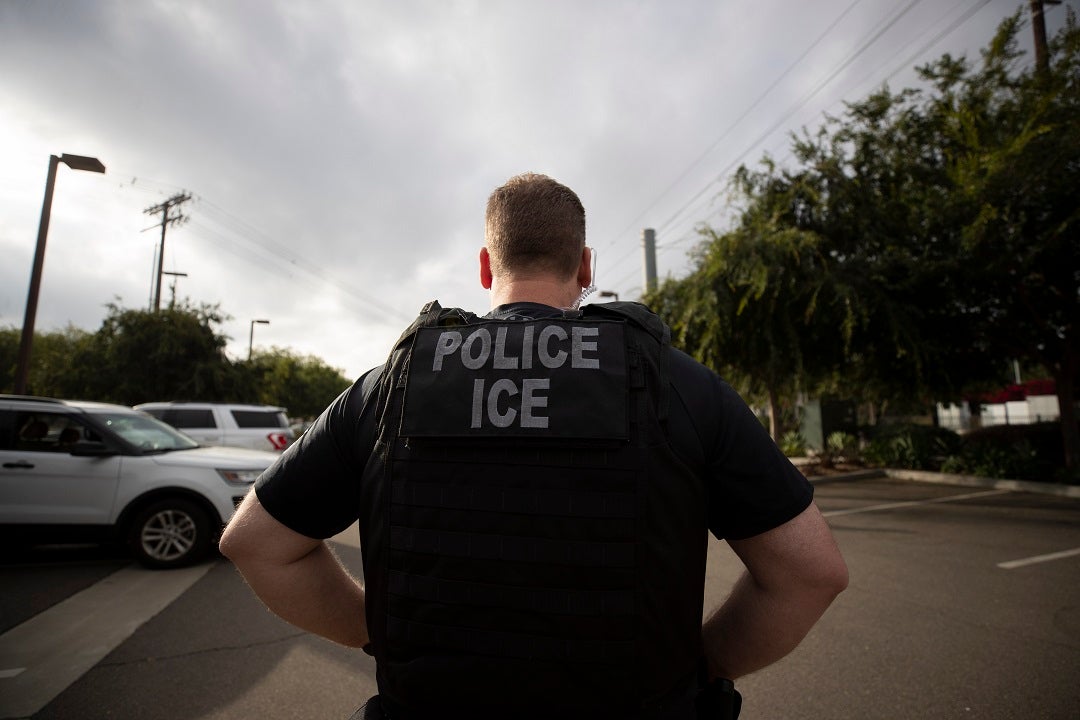 A Rhode Island correctional officer resigned Friday, one day after being placed on administrative leave following an incident in which a truck driver plowed the vehicle into a small crowd of anti-ICE protesters – reportedly injuring two of them.

It remained unclear whether Capt. Thomas Woodworth – who worked at the Donald W. Wyatt Detention Facility in Central Falls, and a government facility operated by a private contractor – was behind the wheel of the truck in Wednesday's incident. The operator holds contracts to detain illegal immigrants on behalf of the U.S.S. Immigration and Customs Enforcement, the Providence Journal reported.

In a now-viral video posted on social media, a black pickup truck is seen advancing toward a group of protesters as they block the entranceway to the ICE facility. The truck stops briefly as protesters rise to their feet and move toward the vehicle, chanting “Shame!” And “The whole world is watching!”

The truck then suddenly moves forward while some protesters remain in its path. A female protester can be seen jumping on the back of a truck bed. A second video shows a group of detention officers approaching protesters after a confrontation with a truck driver. The officers reportedly told the crowd to back away before allegedly using pepper spray on them.

Rhode Island State Police and facility officials are both investigating the incident, the Providence Journal reported.

The protest was organized by Never Again Action, a Jewish youth movement that compares current federal immigration policies, including immigrants being held at detention facilities, to the atrocities of the Holocaust. The group's Twitter page has more than 53,000 followers.

The detention facility's managers have not confirmed the identity of the driver, citing the ongoing investigation, the Journal reported.

Never Again Action, which claims Woodworth was the driver, issued a statement Friday after the officer's resignation. In addition to the two injuries, the group also claims three people were treated for exposure to pepper spray, the Journal reported.

One of the protesters, Jerry Belair, 64, suffered a broken leg and internal bleeding and was examined for a possible back injury, the organization told Boston's WBZ-TV.

“We hope that it will not be the end of an effort to hold him accountable for trying to run over multiple Jewish youth and elders peacefully protesting,” Never Again Action's statement said.

Never Again Action said about 300 protesters gathered at the detention center Wednesday, and about 30 of them were blocking the entrance when the truck first approached.