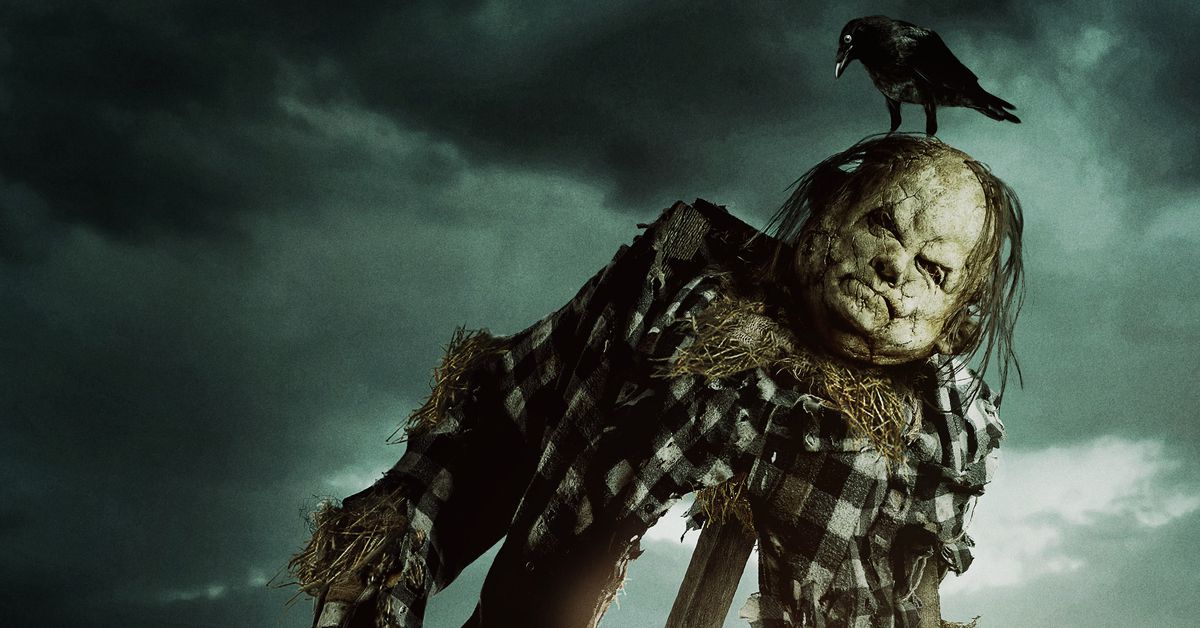 Film adaptation of Scary stories to tell in the dark has been in development for a long time, but since del Toro's first footage produces debauchery, it shows that it debuted during the 2019 Super Bowl, the terror is just around the corner.

It is very similar to the latter Goosebumps film, Scary stories adapts a number of short stories to Schwartz, as well as translates the rare black and white images of Illustrator Stephen Gammell into action. To bring to life the terrible, but not so scary but actually pretty fairy tales, del Toro hired Andre Ouddal, who made one of the great horror comedies of the 21st century (Trollhunters) and hit Amblin-esque gold with an underestimate, lower than 2017 Jane Doe's autopsy,

Together with the premiere of the Super Bowl, Lionsgate also debuted the first poster of the film, which puts Harold's front and center. I swear that the film is intended for audiences of all ages.

Until then, do not lose your coolness, Scary stories to tell in the dark arrives in the theaters on August 9, 2019.