The freight train crashed into a school bus, killing a student, 13 and injuring two others 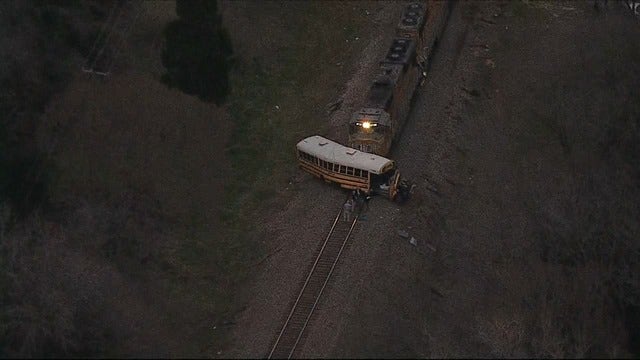 One high school student was killed and two injured after the train hit a school bus on Friday in Athens, Texas. (FOX 4 Dallas-Fort Worth)

The Pacific Pacific train hit a school bus on Friday in East Texas, killing a high school student and injuring the bus driver and another student.

The accident occurred about 16 hours. when the local school bus was trying to cross the routes in Athens, a city with a population of 12,700, about 70 miles southeast of Dallas, Tyler Morning Telegraph reports.

He said a 13-year-old disciple was killed and the 78-year-old bus driver was in a stable state after being hospitalized for unspecified injuries. A 9-year-old girl attending elementary school in Central Athens was injured and flew to a Dallas hospital where she was in a critical but steady state.

According to the school district, there are no other students in the bus. The names of the two students and the bus driver were not immediately released.

Both students had to be cut off, said Fox 4 Dallas.

Authorities still determine the cause of the collision.

Associated Press contributed to this report.