Westminster 2019: The winning dog has dropped his right to qualify for the best of the competition 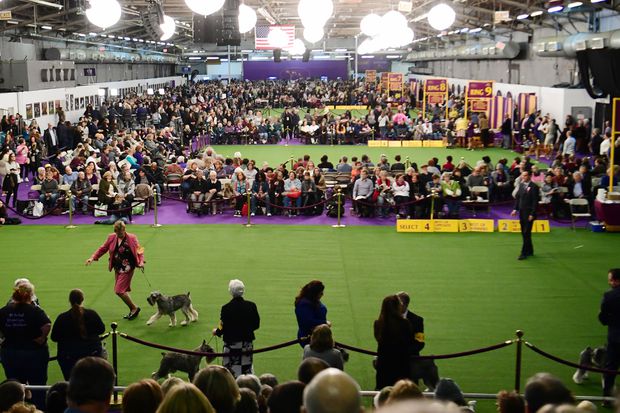 Like something that happened in 2000 at the "Modern Show," there is a drama in the Westminster Club Dog show of 2019.

Just minutes before the show began in New York City at Madison Square Garden on Tuesday night, Westminster's show and Westminster commentators said one of the dogs fighting for the best in the show would no longer be able to compete.

Colton, a spy from Howell, Michigan, who won the non-sports group in the race on Monday night, was declared unacceptable for the best of the show, said Gile Miller Bischer, a spokesman for the Westminster kennel. Fox Sports 1 (the show is broadcast from 19:30 to 23:00).

Busher said Colton and his guide would be asked to leave the ring before the best race starts at the end of the show on Tuesday. The non-sports dog will not be able to compete in the second place, she said.

As Colton was removed from disputes, only six dogs will compete for the best in the show instead of the usual seven of non-sports, canine, toys, sports, pastoral, work and terrier groups.

While this kind of development is not unheard of at dog shows, it is unprecedented for a show like Westminster, commentators comment.

At first, Bisher and her colleagues-commentators did not offer much explanation beyond the vague idea that the dog was disqualified not because of anything to do with the actual dog, but rather because of a problem with Colton's property.

Examining why, when the show began, commentators said employees had learned of a conflict of interest between dog and judge exhibitors.

The nature of this "property conflict": a disqualifying connection between dog owners and family of the best in court.

Like many dogs, Colton has several owners. The best judge at Westminster in 2019 is Peter J. Green from Woodside, California.

NJ Advance Media has arrived at the Westminster Kennel Observatory.

Do you have any advice? It can be reached by Amy Cooper [email protected]Follow her on Twitter @AmyKup or on Facebook,

Receive the latest updates directly to your inbox. Subscribe to newsletters at NJ.com,