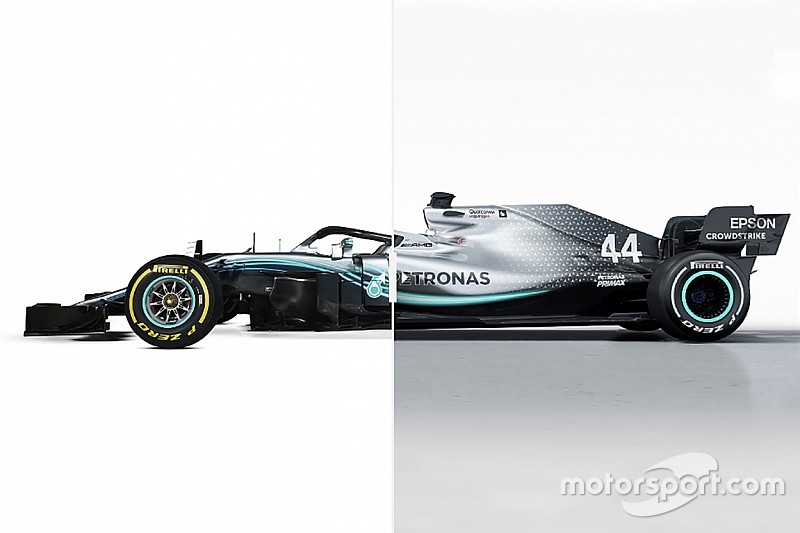 Previous days have allowed us to identify some trends in some of the projects presented during the changes in the regulations, common features between the designs of Haas, Toro Rosso and Renault. Mercedes However, he broke with all this by presenting his new W10, a car that does not look like anything seen today, only on its predecessor but with important changes in several areas.

All of the cars we've seen so far hold the nose with the "phalanges" inherited from years ago, despite the regulatory changes they were trying to remove while Mercedes was able to stay away from this design, the only team he achieved year after year, something that is appreciated because aesthetically this is the most beautiful nose in the web.

The front wing is related to specifications 2019, which differs from all previous ones at both ends. While Toro Rosso showed The front panels Almost completely rectangular, which then changed today with other parts at the premiere of the STR14 track in Misano, and Renault showed that the curvature of the end, Mercedes does something unprecedented, the curve to the inside of the front wheels.

It then maintains elements such as a "layer" under the nose or anchorage of the front suspension to the top of the holder, a philosophy left by Toro Rosso, and mounts braking channels that follow the shape of the upper trapeze of the suspension, almost triangular and not elongated vertically , but more horizontally.

on bargeboards they are an area in which they also differ clearly from others, with the level of complexity of the profiles in which they were pioneers. Then sidepods they also mark their course and do not follow Ferrari's philosophy of lifting the side air intakes seen in the models presented in 2019 above.

Although these pictures look great in the W10, then the shape of the Coca Cola bottle becomes very narrow in the rear of the car, especially more than in the W09 of the previous year, suggesting that Mercedes has optimized even the cooling of the power unit, something , which confirmed the performance of the Mercedes engine Andy Cowell, who revealed that the design was completely refurbished and optimized.

Below the body, maybe the biggest secrets of the W10 and potentially the best weapon of the team that dominates the Formula 1 turbo hybrid era, with a remarkable advantage in its propeller, but seeing Ferrari shut down the previous year. 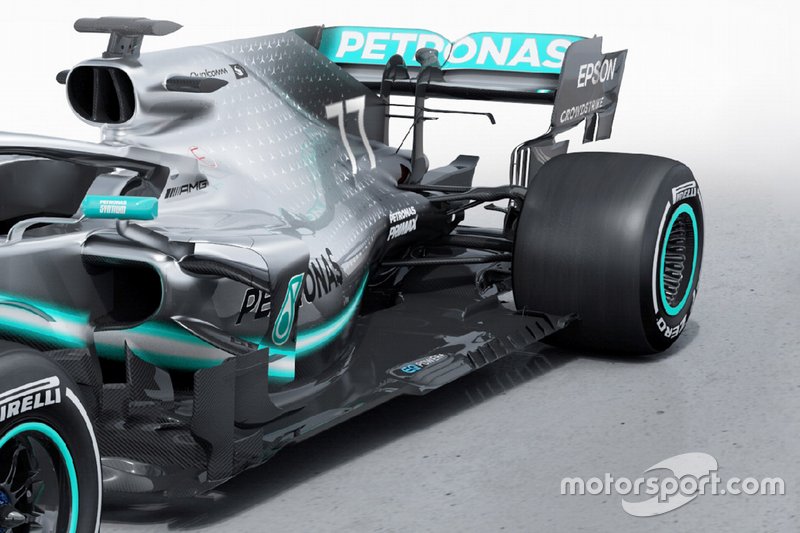 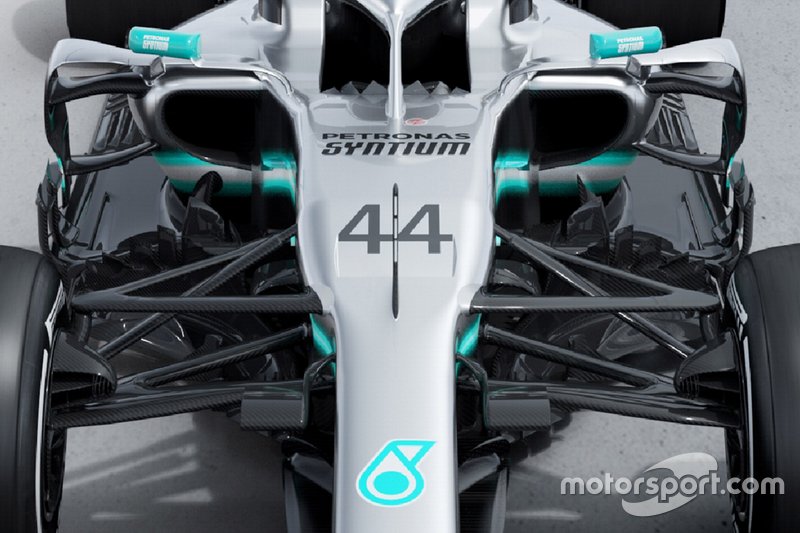 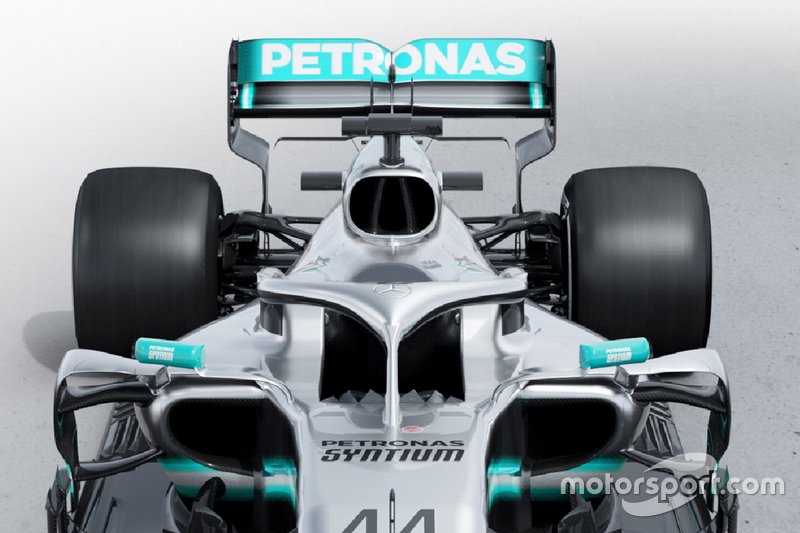 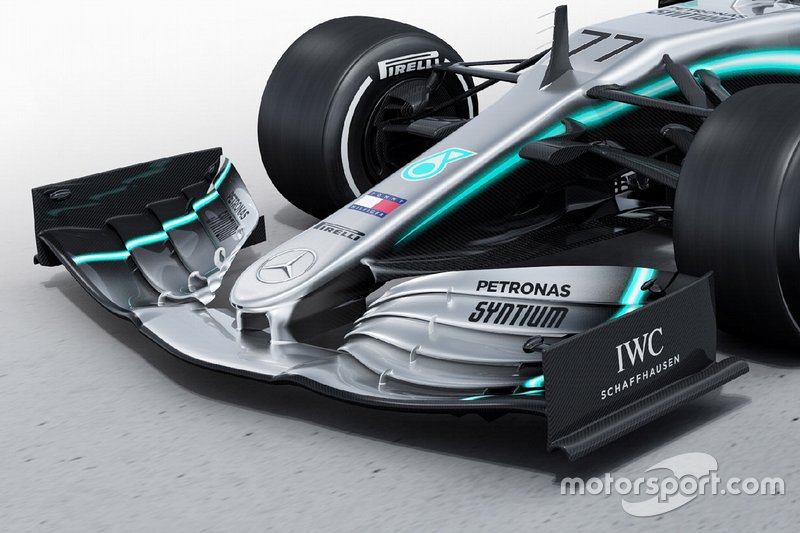 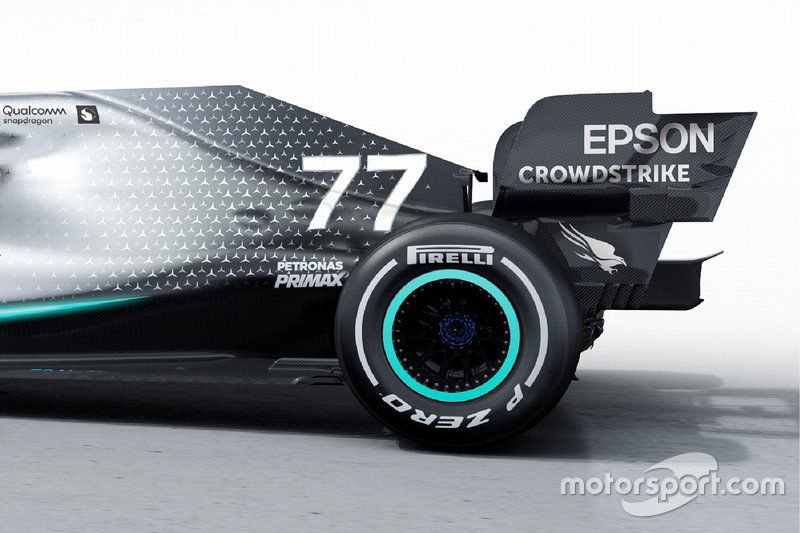 Perhaps the only feature Mercedes has ever followed is in the pillars of the rear wing, double in the form of a goose and not as simple as they were until last year.

As reported by Mercedes, the wheelbase of 3250mm, visible even in figures in the technical drawings of W09, which appeared in a recent video of the Technical Director James Alisonwhich is maintained, which leads to the fact that Mercedes, which already has the most efficient engine and therefore requires less fuel than competitors to complete the race, will really benefit from increasing the capacity of the tank to 5 kg, something choice is optional.

Alison talks about the importance of reducing the weight of the whole, even with a minimum weight of 10 kilograms higher this year, but he assures that what they have managed to alleviate in some components that have been researched are " reinvested "in aerodynamics. , suspension and power unit to increase productivity.

He said the new rules could be "an opportunity or a threat". But even so, Mercedes seems to make a strong bet in 2019.