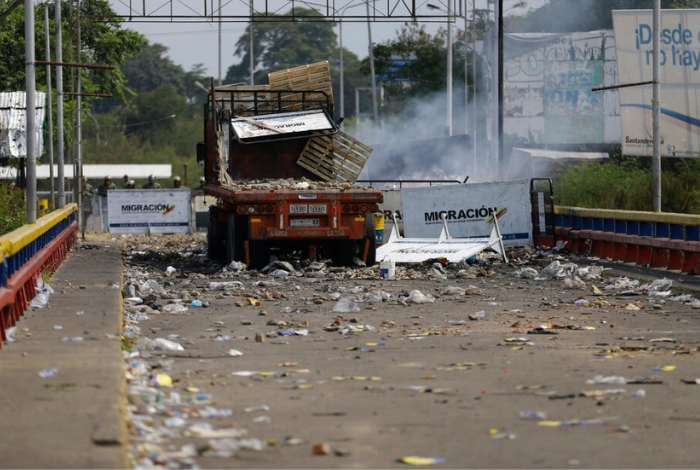 After the intense day of this February 23rd Venezuela, the consequences of what was intense struggle, protest and repression, who left the country in insecurity and uncertainty.

Santa Elena de Wairen has lived hours of terror for the third consecutive day, it is reported that the prisoners of Close to El Dorado and Vista Hermosa They have been uniformed to kill the citizens who are struggling to bring drugs to the country and also report the murder of more than 20 natives over the weekend.

On the other hand Thachira, Iris Valera he approached Ureña Bridge along with armed groups to control the place where the gallows were burned, have also lived hours of strong protests in the city.

For its part ,. T President of Venezuela, Juan Guido, came Bogotá and announced she was waiting to meet with Lima Group and Mike Pens, Vice President of the United States.