League of Legends revealed the news for the champions in 2019 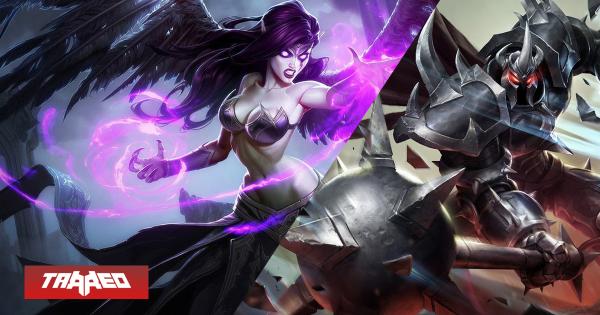 As many of you have already realized, the start of Season 2019 of the Legends League is overwhelmed, we've met the video of the early season, one of the best cinemas ever made in the game's history, and not just because of the excellent game. design, if not a little bit, we saw how the identity of each champion evolved from the point of view of the history and development that could have been in a "real" environment.

We already knew the most relevant information about the qualifications and gameplay they will have, as well as the various changes that will be made in runes, we also learned that Clash will land on the server after it happened last year, and Game modes you can learn more about the note we post.

You can read: "The collision returns to the Legends League with URFAR

But let's go into today's statement because today we had to talk championsEspecially last year was full of repairs and support for those champions who were very strong or very weak, therefore there were only three editions in 2018: Pyke, Kai & Neeko.

This year, the traditional launch calendar will be resumed as the first Sylas, a champion of Demacia, who collects skills missed by the community, with the most remarkable being stealing skills. Yes, Silas will be a magician who has the ability to steal the extreme ability of his opponents.

Definitely, Silaz will be different from the others, leaving behind military skills to move on to magic. Keep in mind that this is very appropriate because Demacia is a land that is banned at a certain level, and Sylas's arrival has something we can know, which will undoubtedly change the story of the game in a certain way.
The next most important point is the reconstruction of two forgotten champions; Morgan and Kale.

Kayle will be who gets a complete processing, his skills, art and gameplay will change, however, will not be, as in other cases, here will remain the essence, on the one hand, Kale's erudition will turn him off as his appearance will improve his look as a glorious angel.

His identity in the game is preserved, he will begin as a melee champion and he will develop a little bit to become a hypercarrier, maintaining his support skills.

On the other hand, the processing of the Morgana It is different because it is more focused on the visual, because its appearance is still similar to that of the invader's ancient crack. The appearance will make sense with Kale, as it should have a magnificent and impressive appearance, which is why Morgana will be the opposite, more akin to the empty, dark and broken wings. It will be confirmed for the first time after that, around the story of Runeterra that Morgaine and Kyle have a kinship that we will soon talk about, no doubt.

But do not worry, Morgan's gameplay will be kept, you will just play the last one because, as you already know, this is a terrible end-of-game skill because it is actually a suicide mission, then it will play for your last game to be much – Useful.

The next one in the list is Mordekaiser, which will also have a full update, yes, after many years, the famous "pizza legs" will eventually leave their terrible aspect and will finally have a certain identity, this will be the live bumper, Colos, which corresponds to be if it is a gameplay, it will no longer be seen as Top, Support or Sagittarius, and will be a lone band that maintains its essence as a tank.

We finally knew there would be new traditional supportwhich will have a potential similar to that of Nami, Soraka and Yana, we do not yet know more details, but we can get some speculations with the image, and we know it will be from the same land as Akali, they say. that there's some kind of killer, and that's going to make history, breaking any stereotypes … any speculation about that?

What do you think? Are you excited about the panorama that the champions will take? What is your idea of ​​mysterious support?