Participants in an attack on arrested Venezuelan military headquarters news 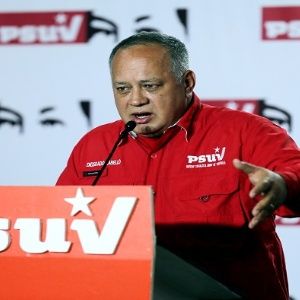 Vice President of the United Socialist Party of Venezuela (PSUV) I Diosaddo hairconfirmed the arrest of 27 people military who participated in the attack on the Bolivarian National Armed Forces (FANB) in the early hours of this Monday, which will be tried under the law.

The hair detailed that 25 of the participants were arrested on the site while two others were captured elsewhere. He also said there are allegations that the military is more connected, so the figure can continue to grow.

"Justice will be responsible for detainees and those to be detained" as well as for "the level of responsibility … or who have been robbed of military facilities and will be subjected to military justice," he said.

He is also chair of the National Constituent Assembly (ANC) expressed his solidarity and thanked FANBConfirming that the purpose of this operation is to generate unrest in the city and create anxiety. "Those who believe that they will end the Bolivarian Revolution in this way are very wrong," he said.

He explained that the country is in absolute calmness and that after the repulsion of the attack no secondary shocks were registered.

Cabello confirmed Bolivarians' commitment to attend the great march on Wednesday, January 23, which will diverge from three different points in Caracas, and this will lead to Plaza O'Leary, the heart of the Venezuelan capital.

Finally, he called for peace and respect for the Venezuelan people and the Bolivarian government in support of the results of the May election, which was elected President Nicholas Maduro.