Science tells you why it works 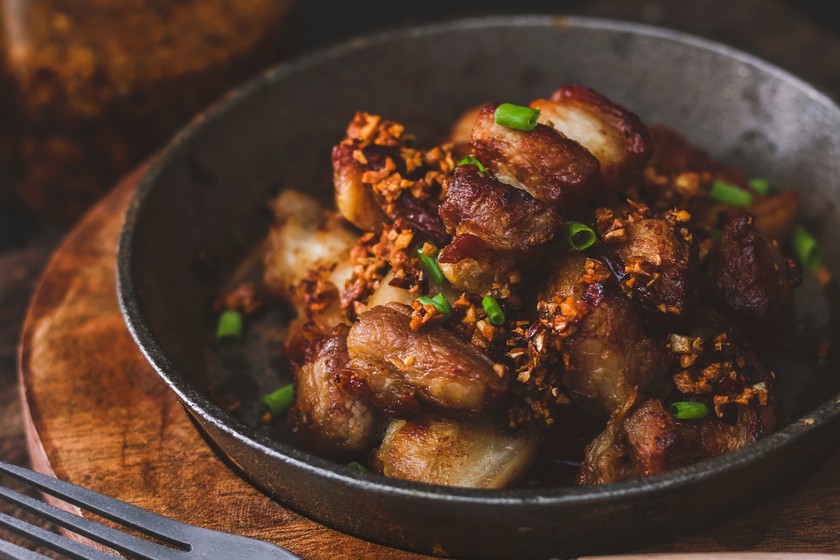 In the quest to lose weight we can choose all kinds of methods, diets, habits … The Ketogenic Diet, as many studies have shown, can make us lose weight. The metabolic mechanisms behind it explain why.

But everything that shines is not gold. Like all tools, using it inappropriately or at an inappropriate time can have its consequencesToday, we are talking about why this diet model works to lose weight and why, in fact, we should not use it for this purpose, except at certain times.

What are the ketone bodies?

The name of the ketogenic diet actually means: which creates ketones, Ketone bodies are a metabolic product that is generated when the body does not have available carbohydrates for rapid burning. This diet therefore maximizes carbohydrates by using fat as an energy source and increasing the amount of protein. Let's look quickly at what happens in our body when we need energy.

Imagine your muscle as a powerful machine that needs fuel. The fastest and most immediate fuel is the blood glucose concentration. If the blood glucose level is very low and the energy consumption increases, the muscles soon lose food. Then they will benefit from another storage of stored carbohydrates: glycogen. If the body is also missing this reserve, it will return to another metabolic pathway: ketosis,

Ketosis occurs mainly in the liver, where the fat after a short journey turns into ketone bodies. Typically, fats are used to produce energy through the Krebs cycle. However, in desperate situations, some fatty acid components switch to a faster but less effective metabolism.

It produces "special" molecules (such as acetoacetyl coenzyme A), which ultimately give acetone, acetoacetic acid or beta-hydroxybutyric acid. Or, in other words, ketone bodies. Ketone bodies are used with the immediateness of glucose for energy, at the expense of fat, which will help us explain some of the evidence we will be talking about.

Why does the ketogenic diet work?

Several studies have shown that ketogenic diets are effective at reducing weight. This is based on three facts. The first thing we talked about earlier is that this diet quickly takes advantage of fat using a less efficient route. In this case, we are efficient because it shows us that we need more fat to produce less energy.

The second is that it prevents hypercaloric intake and fat accumulation due to excess carbohydrates, Normal diets contain a large amount of carbohydrates (large amounts do not mean too much, it all depends on the diet). With a diet of ketogenicity, it is impossible to accumulate excess blood glucose and therefore fat from excess energy.

The third, according to some studies, is that the ketogenic diet helps maintain saturation levels, helping to better control the intake of patients who are taking it. Following this trio of effects, studies show that it may be beneficial to reduce obesity. Others, produced by the same researchers from the physiology lab at the University of Padua, have looked at the issue from different angles.

Overall, the answer is positive, especially in obese patientsOther studies, such as a meta-analysis conducted by the Basel Institute of Clinical Epidemiology, show that ketogenic diets have at least a similar effect on weight loss than the low-fat diet. This is confirmed by another meta-analysis conducted by the experimental feeding lab at the Federal University of Alagoas, Brazil.

Additional, systematic reviews also support suppression of appetiteas a meta-analysis by the Institute for Obesity, Nutrition, Exercise and Nutrition Disorders at the University of Sydney. Remember that meta-analyzes are the studies that best support evidence as they collect dozens or hundreds of documents and analyze their methodology and conclusions.

The ketogenic diet is not valid in all cases

From what we saw, the ketogenic diet is based on three aspects to be effective. Evidence also shows positive results. So, why not use it in any circumstances? Ketosis, as we have already said, is an exceptional condition. It is not a physiological situation that we have to accept lightly.

ketose This happens because our heart and brain need constant glucose contributionsIf it is not available, supply can not be stopped, as it would be with a muscle (who can afford to fail). These two bodies use keto-genus bodies as a "desperate" measure. If for some reason this contribution fails, we have a serious problem.

On the other hand, precisely to prevent this, ketosis can be exacerbated. This can lead to ketoacidosis. This phenomenon occurs because the ketone bodies are acidic and lower the pH of the blood, i. E. they turn it acidic to dangerous levels. In addition, they affect several organs up to normal metabolic processing.

In the usual cases, Ketoacidosis has dangerous, but not serious, symptoms: dizziness, discomfort, bad breath, muscle failure, frequent urination and thirst for a day or more, headache, nausea and desire for vomiting, dizziness, sweet breath and stomach pain … In the worst cases, ketoacidosis caused by diabetes, or alcoholic cetiocidosis (which occurs as a result of alcohol withdrawal syndrome and lack of intake), which can lead to brain edema, renal or cardiac problems.

When and how should we use it?

The Ketogenic Diet should be used as a tool for certain circumstancesIt should be made clear that the exclusionary approach of this type of diet does not correspond to the idea of ​​healthy habits. A balanced and healthy diet includes legumes, cereals, fruits … a series of foods that can be rich in carbohydrates. However, the diet regimens of the ketogenic system bypass these macronutrients to cause ketosis.

this may be useful for weight control, as we said, in obese patientsThey can also help us if we plan them with a specialist to avoid these problems. Another use of the ketogenic diet is to be used in the last stage of muscle determination.

In this case, it is convenient to combine it with a hyperprotective diet to avoid muscle mass loss and maximize its growth. Finally, maintaining a state of constant ketosis is not very advisable, although good should not be a problem. But always with strict control.

In the case of diabetes or other metabolic problems, the ketogenic diet is discarded automatically. We insist that this is a type of instrument for certain situations, something to be used only with the supervision of an expert, not just a "miracle diet" to lose weight.