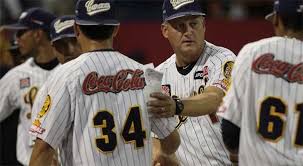 Three of the seven players brought by the baseball league, part of the Leones del Caracas team, would leave the country following the US government's call to urge its citizens to leave Venezuela as soon as possible. they pointed out different means.

The players who would leave the country will be pitchers Logan Darnell and Craig Stem and Cuban gardener Felix Perez, three of the players who will participate in the final against Lara's cardinals.

Other players who would think of leaving the country will be Mexican pitchers Javier Solano and Alex Delgado.

This is an unpublished situation, says Lewis Davila, president of the team.