Discipline of retired personnel: Only applicable to the level of a deputy minister or higher? 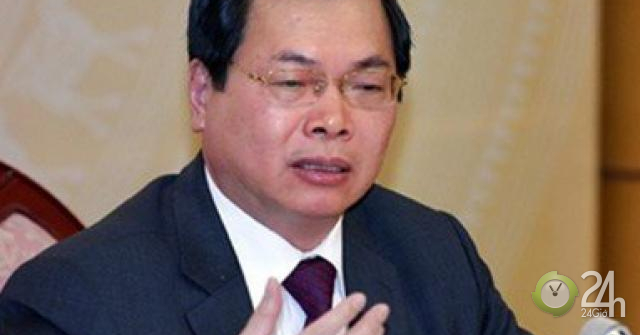 One of the two options proposed by the Ministry of the Interior is to apply discipline only to retired staff whose level is from the deputy minister or vice-president of the province or higher. Mr. Wu Hue Hoang is one of the retired leaders who is disciplined by deleting the status of the former Minister of Industry and Trade.

The Ministry of the Interior collects comments to supplement the Act on Amendment and Supplementation of a number of articles of the Law on Personnel, Civil Servants and the Civil Servants Act.

The Ministry of the Interior has stated that most of the opinions agree with the addition of disciplinary provisions for retired officials, civil servants and employees who have retired or changed their jobs but have acted. During his working hours he is seriously committed to institutionalizing the guidelines and policies of the party, ensuring discipline, discipline and strictness of the law.

There are, however, suggestions for considering the scope of this subject, which should apply only to those who occupy certain posts and powers without general provisions for all contingents of staff, civil servants and civil servants who have retired who have left the work their place or have transferred their jobs.

Therefore, the Ministry of the Interior has submitted 2 plans for this to consult the government.

The first option is to regulate the discipline of all officials, civil servants and employees who commit offenses in the course of their work who are retired or retired but are no longer officials or civil servants. officials.

In the second option, only disciplinary measures are foreseen for officials and civil servants who hold senior positions at the level of deputy minister and equivalent at central level, and vice-president of the province and equivalent upstream in the area. when there are serious violations in the working process, they are retired or retired, but no longer are officials and civil servants.

As regards the limitation period for disciplinary action, the law in force provides that "24 months from the time of the violation to the opening of a disciplinary offense". But the Interior Ministry said that the limitation is too short, does not guarantee the burden of work with officials, civil servants and employees who have committed violations.

Due to the fact that some cases were disciplined for the party (or they were punished, but a conditional sentence), the limitation period has expired when considering discipline under the law.

As a result, this time, the Editorial Committee has amended and supplemented the provisions of Article 80 on limitation and disciplinary time-frames to extend the limitation period and the deadline for solving problems and shortcomings. born from practice.

The Ministry of Industry and Trade is the agency with many leaders working abroad, including former Minister Wu Hue Hoang.