For a small reason, the girl posted a nude photo of a male colleague on the Internet 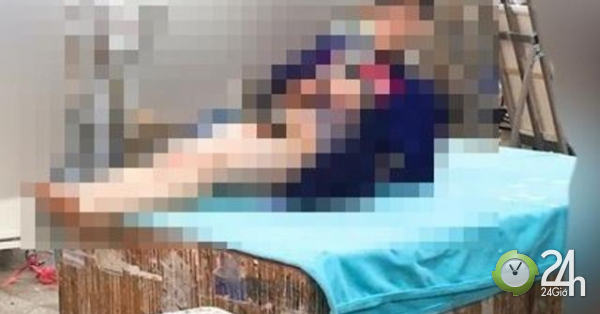 Male models are highly affected and difficult to return to their careers.

In May 2018, a naked photo of a male model for an art student from Hongik University (Korea) was posted online. The school discovered the incident and asked students to find out who posted the photo online. When students were not recognized, the school reported the incident to police.

Police questioned 20 students and other models for the class and checked their phones. The model named Anne refused to give the phone and said she had 2 phones but lost one. Police were suspicious of her story and questioned.

Even when reporting to police, Ann said she was a member of the site – where the photo appears but is no longer active. Authorities, however, found that she had sent an email to the webmaster asking if she could delete her IP address to access the site. Even from this IP police found that the person who posted the photo was Ahn.

Police later arrested Anne for being secretly filmed by a male colleague while posing naked for a drawing class. The image was then circulated online without the consent of the young men.

According to testimony at the police station, Anne said she did not think the incident was so serious and had deleted her publication in wbesite. When uploading the photo, Ann also posts notes that mock the victim

Anne and the victims are models for fine arts students from Hongik University (Korea). Prior to the advent of hot photos on the Internet, Anne and the victim had a dispute over who would remain in the recreation area provided by the school for nude models.

In addition, the male model, who was naked, also complained to police about the two site members because the two men posted malicious comments about the photo.

In August 2018, a court in Seoul (South Korea) sentenced Ann to a 10-month sentence. The court said: "The defendant must be punished because it destroys the victim's personal dignity and the consequences of posting photographs are serious."

Ann sent several letters of apology to the victim, asking him to be forgiven. "We believe she is very sorry. However, the regret of the accused does not completely cover her injustice and we have no choice but to punish her. There is no penalty. it may be tougher because the accused is a woman, ”the court said.

It is worth mentioning that male models suffer from anxiety disorder after the incident. It is very difficult to return to modeling work as before.

Please read the next part of the series The phenomenon of networked entangled labor at 1:00 PM on August 3, 2019

Faced with the calm, cold attitude of her recently married husband, the police began to feel suspicious …