Korean Health Industry under the direction of Kim Chen Un 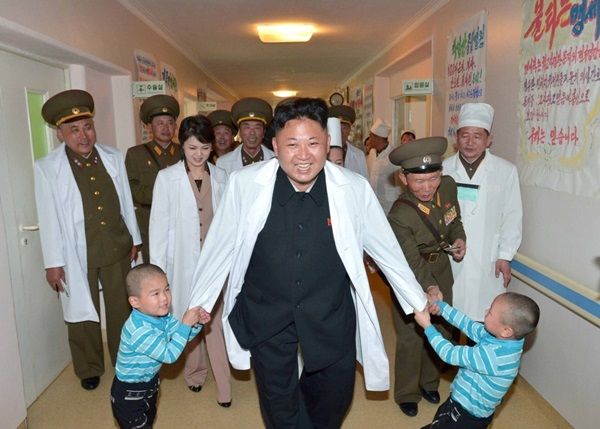 The hospitals in Korea today are expanding and modernizing, traditional medicine is evolving, focusing on health education.

After President Kim Jong-un took over the leadership at the end of 2011, the public and private sectors expanded. The government has implemented a project to modernize hospitals and computerized medical services to serve remote treatment, according to a report by the Korea Institute for Strategic Studies in April 2018.

Koreabiomed four generic hospitals in Korea began operating in 2018, injection-producing factories, pharmaceuticals and vitamins are also in the process of being built. The public health system is classified into 4 categories.

Public health services in Korea are provided free of charge. Informal healthcare has spread since the mid-1990s when the economy was in recession. This system is separated from the above four types of health organizations, forming a private healthcare market when people buy and sell medicines on the market.

In the 2000s a new class of wealthy people, called "donu", which means people with money invested in the construction of pharmaceutical and hospital factories, appeared. In 2005, a private pharmacy appeared in Korea for the first time in Korea.

Health research organizations work under the authority of the Ministry of Health. The Institute of Medicine, which plays an important role in medical research in Korea, consists of many research units in the fields of biomedicine, microbiology, medical instruments, general medicine, natural medicine and pharmacy. products and X-rays. Like Korea with traditional medicine, Korea also has an agency for traditional medicine research.

The Koryo Medical Institute is responsible for the research, treatment and prevention of oriental medicine, human resources training, and cooperation with the World Health Organization (WHO) in the field of traditional medicine.

The government also focuses on building a workforce in the health sector, focusing more on medical education in the field of education when Korea revises its system of higher education in 2015.

In the reports of the Korean Ministry of Health and the WHO in 2014 there are 8,988 public health institutions, of which 6,262 polyclinics and clinics in the village, 1608 district hospitals and 133 provincial hospitals. , centrally.