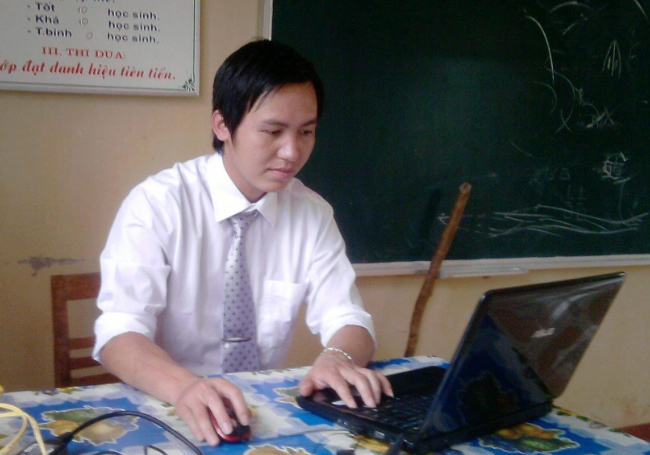 On April 25th, Mr. Ho Tchao Khai, chairman of the Bao Yen District People's Committee in Lao Cai Province, said the District Police Department had issued a motion to initiate the case by accusing the defendant of 4 months arrest for Nguyen Viet Anh (In 1983, teachers believed in the Thuong Ha secondary school in Pho Rang, Bao Yen district) of the Gender Act aged 13 to 16 years under Article 145 of the Code. a criminal.

The decision to prosecute is based on the evidence of the object and the evidence gathered by the Bao Yen Police District Police Department.

Earlier, on April 23, Nguyen Viet Anne was stopped working, and the same day the district police temporarily detained the site.

Earlier, on April 22, Bao Yen District Police received the news about the nephew's family of HTH (in 2005, living in Thuong Ha district, Bao Yen district) that his grandchildren had invaded his teacher Nguyen Viet An . Sexual harm leads to pregnancy.

According to the victim, at the end of the 2nd and 7th grade (around April 2018), he was sexually assisted by Mr. Nguyen Viet Ann in the classroom of secondary school No. 2. Then more and more in the classroom and the school room, the last time is about 2-3 weeks ago.

After sex, Mr. Viet Anh forbade H to tell anyone. On April 21, the family finds out that Mrs X was pregnant, so she was forced to tell the whole truth to her family.

From the testimony of the families of the victims, the District Police Service CSDT has gathered, which testified to the teacher Nguyen Viet Anh.

Vietnamese Anne also confirmed that since the second semester of 2017-2018, there was attachment to H. In April 2018, when he saw H only in the informatics office, he had sex with H. Nguyen Viet Anh claims he had many relationships with H in the classroom and in the school room.

The teacher in Lao Kai was accused of being pregnant for the 8th grade student: I'm sorry

The persecuted teacher makes an 8th grade pregnant lady in Lao Cai Province, says he regrets what he did.