Stop Underground Tunnel No. 1 in Saigon for the sinking 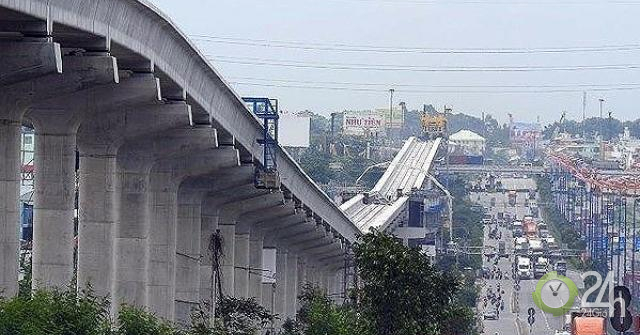 The CP1a package under project No. 1 (Ben Thanh – Suoi Tien) was halted for more than 2 weeks after the underground water level was found outside the diaphragm (the area decreased the thickness from 2 to 1.5 m). ) dropped sharply, causing ground and some structures above the permissible level. The City Council of Ho Chi Minh City has just issued an emergency document to the Ministry of Construction and the National Assembly of District 1 for a sharp drop in water levels, affecting settlements and neighboring tunnel excavations. Le Loi, the CP1a bidding area, belongs to Metro Project No. 1 Ben Tang – Suoy Tien.

This is the second time that the MSCA has sent urgent documents to the Ministry of Construction and the District 1 District Committee. The IARC said that the contractor SMC4 has done excavation work, building an anti-layer 3 framework on an open tunnel on the road. Le Loi. However, as the sudden decline in groundwater levels, background dampening and dampening of neighboring buildings are unusually increasing, MAUR has asked the NJPT's consultancy to regularly check and recommend a home partnership. Offer SMC4 temporarily stopped excavating this zone.

The contractor has stopped construction for more than 2 weeks to monitor and coordinate with the authorities to verify and have data available objectively. Monitoring data on April 15 shows that the groundwater level outside the enclosure of CP 1a continues to decline. The settlement and neighboring buildings measured in house No 52 Le Loy (district 1) are still increasing.

Specifically: the sinking and settling of neighboring works at the measuring point of 20, house number 50 on Le Loi is greater than 27 mm, while the action level must be 24 mm and the construction stop level is 30 mm.

As for the "guilty" causing sinking, the text of MAUR says that a sudden decrease in groundwater level is due to the construction of a groundwater pumping system for the hotel project in combination with the house at 129 Le Thanh Ton area 1) invested by Linh Ha Co., Ltd.

MAUR proposed that the Ministry of Construction and the National Assembly of District 1 reconsider and verify the method of construction of the above project in order to have a timely decision to ensure the safety of neighboring works in order to avoid the occurrence of accidents causing damage. Harmful to the neighboring buildings and a metro project №1.

As noted by Tien Fong, Leo's house number 50 was dipped into Le Loi Street from Pasteur Street to Nam Kie Hoi Ngia Street. It should be noted that the wall of the metro diaphragm in the tunnel passing through this section is downwardly corrected from 2 m to 1.5 m inaccuracy. The person responsible for this correction is former MAUR Le Nguyen Minh Quang (resignation). And in order to overcome the "fire fight", after the evaluation, the independent consultant advised the city to strengthen the firewall to increase the carrying capacity of the wall of the diaphragm to keep it stable for neighboring works. on the ground.

Speaking to Tien Phong in the evening on April 23 for the link between wall thickness reduction and continued sinking, MAUR Bui head Xuan Cuong advises the press "not to produce without information, complete data." "Geology is very complex, it's hard to say. Things are not simple, "commented Mr. Tam

According to MAUR, progress, Metro Line 1 Ben Tuan – Suo Tian has to reach 80% of its volume by the end of this year and be completed, put into operation by the end of 2020. Stopping the construction and tunneling of the CP1a packaging can make the overall progress of the entire project. In the inspection of the construction site of the city railway No. 1, Prime Minister Nguyen Siuan Fuk requested the project …